Greenland on track to lose 440 billion tons of ice from summer melting • Earth.com 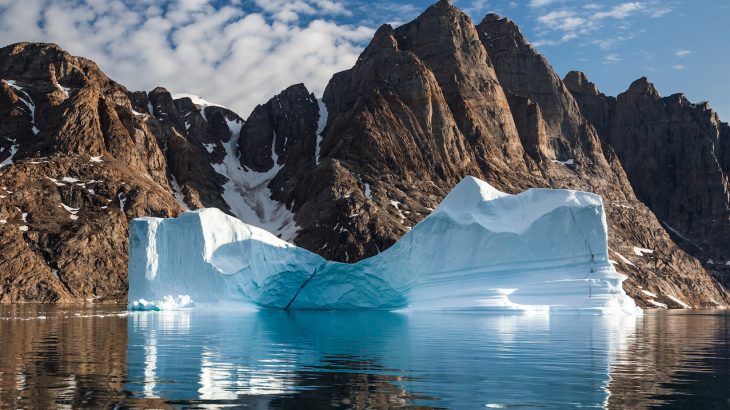 This summer has seen a rash of heatwaves worldwide, with record-breaking temperatures in many areas of the globe, but Greenland and the Arctic have been hit particularly hard.

A balmy 52 degrees Fahrenheit might not seem like a big deal to people in the United States where temperatures can easily climb to the mid-80s and 90s, but for Kulusuk, Greenland, it’s unusual.

It’s so warm in Greenland, that the Associated Press reports that scientists in the Arctic Circle are working without coats and gloves as they conduct fieldwork on Helheim Glacier.

Greenland’s heatwave hasn’t been the only record-breaker this year for the island.

On August 2nd, one of the hottest days of the year, a soccer field’s worth of ice broke off from a glacier nearby totaling 12.5 billions tons of ice. It’s the largest amount of ice lost in a single day in recorded history, according to CNN.

From July 31st to August 3rd, more than 58 billion tons of ice melted and that’s not counting calving events which have a significant impact on ice loss and sea-level rise.

Greenland is on track to lose 440 billion tons of ice from its ice sheet by the end of the summer. 2019 is following closely behind 2012 in terms of record-breaking ice loss and melt runoff.

According to the Associated Press, the Helheim Glacier is one of the fastest shrinking glaciers and since 2005 has retreated six miles.

While some melting is natural and expected for glaciers in the summer months, this year’s ice loss is unprecedented.

Josh Willis, an oceanographer for the National Aeronautics and Space Administration, thinks that the record-breaking melting is attributable to both human-driven climate change and natural weather patterns.

“If you look at climate model projections, we can expect to see larger areas of the ice sheet experiencing melt for longer durations of the year and greater mass loss going forward,” Tom Mote, a University of Georgia ice scientist, told the AP. “There’s every reason to believe that years that look like this will become more common.”

David Holland, an air and ocean scientist at New York University, is studying Helheim Glacier to understand why warm, salty water is bubbling to the surface.

If Holland’s suspicions are correct, the culprit is the Gulf Stream in North America, which means faster melting for Greenland’s ice sheet.

“It takes a really long time to grow an ice sheet, thousands and thousands of years, but they can be broken up or destroyed quite rapidly,” Holland told the AP.