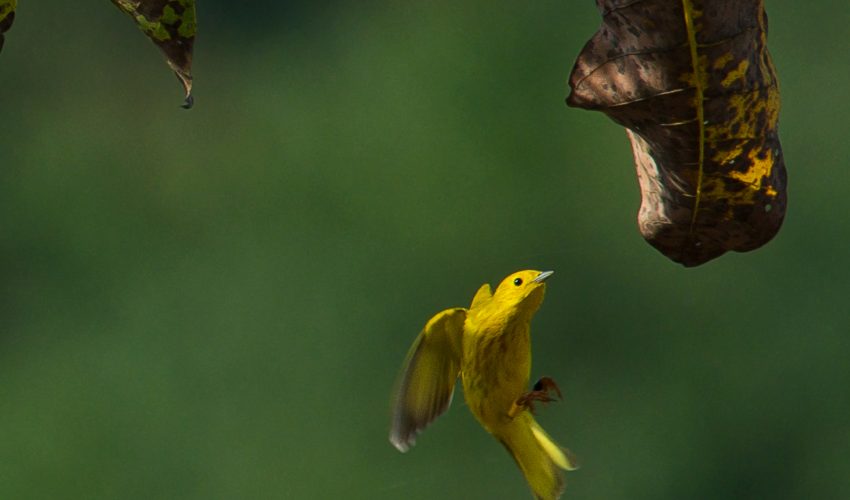 In the lowlands of Mexico, large areas of natural forest have been transitioned into farmland. Researchers from Simon Fraser University set out to examine how habitat loss may be affecting birds that have a winter home in this region.

Scientists have speculated that the biggest and oldest birds will take over the prime forest territories as a result of habitat loss. A team led by Simón Valdez-Juárez tracked yellow warblers to investigate how land use changes may have impacted their location during the non-breeding season.

The experts counted how many warblers were present in riparian gallery forest, scrub mangrove forest, and on agricultural land. The researchers also documented the age, sex, size, and place of origin for some of the birds.

The team was surprised to find that the majority of warblers in western Mexico existed in agricultural habitats.

“If it is lower, it might cause localized declines, as females from the contiguous U.S. and western Alaska were more likely to use agricultural habitats and lower female survival has been implicated in the population declines of other warblers.”

The experts found little evidence to show that a bird’s body size or age influenced where it ended up.

The researchers theorized that irrigated agricultural areas may be appealing to the warblers compared to dry forests. However, stressors such as pesticides may threaten the survival of the birds in their new habitat.

Professor Kevin Fraser is an avian behavior and conservation expert at the University of Manitoba who was not involved in this research.

“With increasing agricultural intensification across the ranges of many long-distance migratory songbirds, it is critical to determine if they are using these new habitats. This new study shows that yellow warblers overwintering in western Mexico not only use agriculturally dominated habitats but are more common there than nearby sites with more natural land cover,” said Professor Fraser.

“These results are important, as they highlight the need to investigate whether regions undergoing agricultural intensification are providing viable habitat for overwintering migrants, and how their use may carry-over to impact survival or fecundity in subsequent seasons.”