Health and exercise apps are especially effective with teens • Earth.com 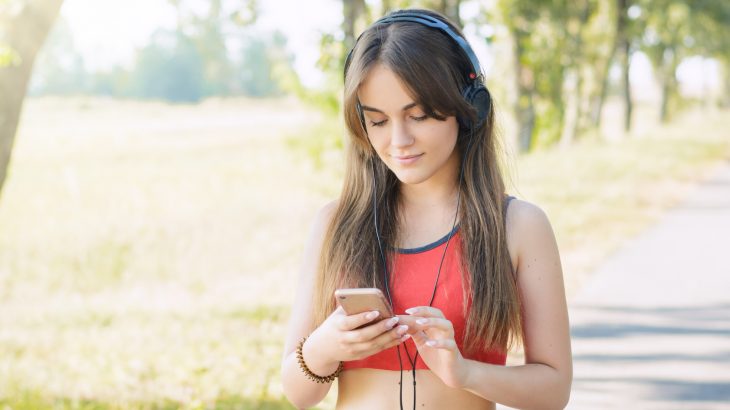 Health and exercise apps are especially effective with teens

Researchers at the University of Birmingham found that young people are “critical participants” of the digital health technologies. Teens are able to judge which fitness and wellness apps are right for them, as well as weed out content that could potentially harm them.

The study, published in the journal Learning, Media and Technology on November 7th, looked at 245 teens aged 13 to 18 and their usage of health apps. About one third of the study’s participants were active health app users. Although many participants said school and parents were influential in their choice of apps, most of the teens were capable of choosing the apps that worked best for them on their own through trial and error.

Lead researcher, Dr. Victoria Goodyear, from the University of Birmingham’s School of Sport, Exercise and Rehabilitation Sciences, said, “There are currently over 160,000 health apps available on the major app stores focussed on wellness, diet and exercise and they are of particular interest to young people, however most of these apps are designed for adults.” She stated that these apps, if targeted at a younger generation, could help teens and young adults learn more about their bodies and improve their physical activity.

“Our research has shown that young people think through their uses of health apps and devices in impressive and well-informed ways,” Dr. Goodyear added. “For some young people, they use apps to find information related to their bodies, and they can do this without an adult, and in ways that work around the school pressures of homework.”

Within the writeup, Dr. Goodyear notes that some teens have negative experiences with health-related apps. Some only see them as a novelty, like was the case with PokemonGo. Others develop “narrow views” on health, such as believing that the only exercises that work are those that “hurt.”

Dr. Goodyear and her team hope that their findings paint young adults’ usage of technology in a more positive light and that adults realize that tech can be used for good, not just as a distraction. Health education is incredibly important for teens and young adults, and if apps and devices can equip them with more information about their bodies, then parents, educators, and tech developers should be paying attention.