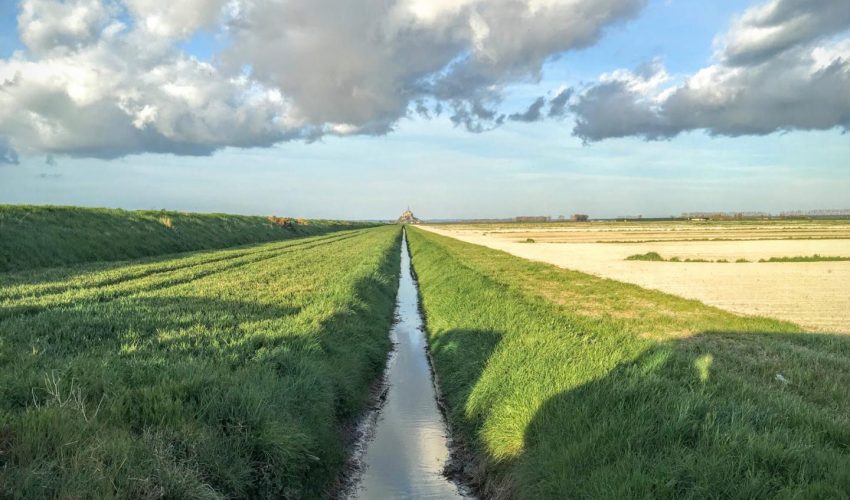 Monitoring streams can be a key part of making sure a healthy landscape stays healthy. Streams and their ecosystems can be the first places many negative environmental changes are seen, making them a sort of early warning system for the local watershed.

But monitoring methods can be improved for many streams and waterways, according to a new study.

“Basically, instead of standing in a large stream far from the headwaters and observing what flows past us through time, we illustrate that it can be much more informative to periodically travel around the region and grab samples from the smallest to the largest streams in the watershed,” Dr. Jay Zarnetske said in a press release.

Zarnetske, a professor at Michigan State University, co-authored the study, which looked at how streams can reflect the health of the surrounding watershed.

A watershed is the land surrounding a river, stream or other body of water where rainfall or snow melt flows into that body of water. However, it’s not just rain that flows from a watershed into a stream or river. Agricultural fertilizer and pesticides can also flow into a stream, as can oil and other road waste through storm drain systems, damaging an otherwise healthy landscape.

Monitoring a stream can give water and land use managers, scientists and other stakeholders a better idea of what they can do to make sure practices are sustainable.

For example, agriculture can be a major polluter. Nutrients from phosphorus- and nitrogen-based fertilizers can cause algae blooms and overgrowth of certain plants, including invasive species. Pesticides and fuel runoff can harm wildlife and cause “dead zones” in the water.

“Most people have no idea that the human manipulation of the phosphorus and nitrogen cycles is occurring, is affecting nearly every place on the planet and is one of, if not the greatest, current threat to the fate of humanity,” Zarnetske said.

By traveling to collect samples and make observations throughout a stream’s course rather than monitoring a single point at the headwaters or where it flows into a larger lake or sea, scientists can get a better idea of the stream and watershed’s overall health, as well as pinpoint problems that might be harming an otherwise healthy landscape.

The study, led by Dr. Ben Abbott of Brigham Young University, studied a watershed in an agricultural region in France. They found that factors such as temperature and water flow could be enough to alter the stream’s chemistry.

While better monitoring can help improve farming sustainability, it can also be helpful in predicting how melting Arctic and Antarctic landscapes might affect local watersheds.

The study has been published in the journal Ecology Letters.