Proposed heat mitigation strategies only get part of the job done • Earth.com 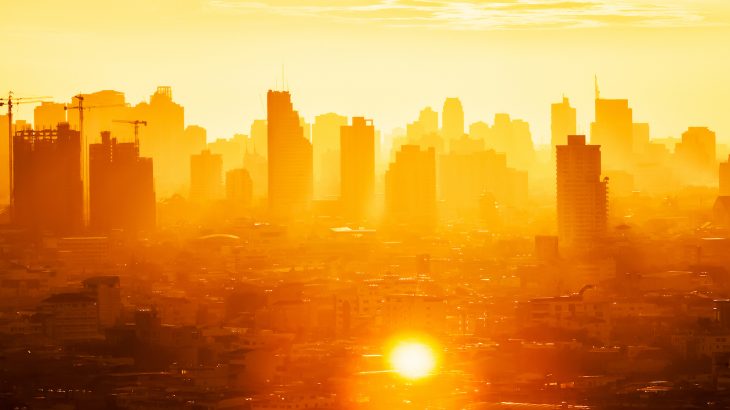 Proposed heat mitigation strategies only get part of the job done

Researchers at Arizona State University (ASU) have used sophisticated climate modeling techniques to investigate the extent of rising temperatures, as urban expansion and greenhouse gas emissions are intensifying the effects of climate change. In cities across the United States, temperatures are expected to rise by as much as seven degrees Celsius by the year 2099.

The ASU team examined a variety of heat mitigating strategies that included street level trees and engineered solutions that tackle the urban heat phenomenon. The researchers found that many of these proposed solutions will provide only a fraction of relief from the projected heat.

“Previous studies have shown that conventional strategies to reduce warming work primarily in lowering daytime rather than nighttime temperatures,” said study co-author Professor Matei Georgescu. “However, cities tend to have their greatest impacts on the regional thermal environment during evening and nighttime hours.”

“We simulated the effects of conventional heat-mitigating approaches with more widely recognized cooling strategies, but we also simulated impacts associated with engineered materials on near surface temperature. We found moderate alleviation of temperatures during nighttime hours using low-thermal-admittance materials.”

“The effect of urban development and greenhouse gas emissions is less than merely the sum of the individual components,” said Professor Georgescu. “This is only evident during nighttime hours. The magnitude of the nonlinearity reduces the total warming by up to 1 C (1.8 F) locally.”

However, “we need to remember that this is considerably less than the total warming itself (from 4 to 8 C, 7.2 to 14.4 F) depending on the GHG scenario simulated,” said Professor Georgescu.

Regardless of the extent of warming, the models predicted persistent heat, particularly in the country’s regional urban centers. Overall, the simulations projected that afternoon urban warming will be more pronounced in the Eastern United States, and nighttime warming will be strongest in the Appalachian, Great Lakes, and California Central valley regions, primarily as a result of urban expansion.

The researchers also analyzed how various heat mitigating technologies such as cool roofs and green roofs would perform given the projected higher regional temperatures.