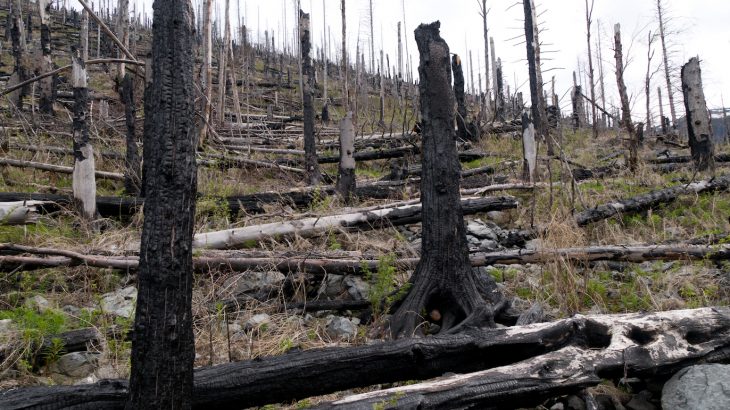 Research from Portland State University (PSU) has revealed that large-scale forest disturbances including wildfires, disease, and drought will continue to rise alongside climate change. The study will help experts to quantity not only the size and prevalence of such disturbances, but also their driving forces.

The investigation was focused on 50 protected areas, including national parks and the immediate surroundings. This particular dynamic allowed for a closer examination of climate-related disturbances versus those that were impacted by human land use.

The study revealed that many temperate forests are dominated by small disturbances resulting from windstorms and cool, wet conditions. On the other hand, a strong link was also identified between high disturbance activity and warmer and drier climate conditions.

On the other hand, within landscapes affected by large-scale fires or outbreaks, the size and complexity of what occurs inside and outside the protected areas are more comparable.

Study co-author Andrés Holz is a professor of Geography at PSU. He explained that, with a warming climate, disturbances are expected to become larger and more severe in some temperate forests including those across the western United States.

“Under the warmer conditions we have been seeing, it is likely that we’re going to see a higher probability of areas that tend to have very big disturbances,” said Professor Holz.

“Climate change is mimicking the footprint of disturbances in protected areas to what we are doing through land-use change outside of protected areas. Under warmer conditions, we might see more similarities between protected areas and their surroundings in some temperate forests globally.”