Having a higher level of education lessens risk of heart disease • Earth.com 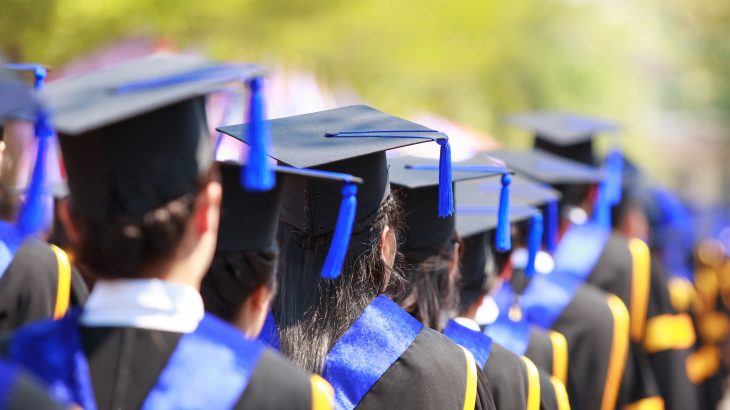 Having a higher level of education lessens risk of heart disease

Previous studies have concluded that every 3.6 years spent in higher education lessens one’s risk for heart disease by a third. But up until now, scientists weren’t quite sure why that is.

Now, scientists from Imperial College London, University of Bristol, University of Cambridge, and University of Oxford, have used statistical and genetic analyses to clarify the link between education and heart disease.

Their new research is published in The BMJ.

“Although we know from previous research that someone who spends more time in education has a lower risk of heart disease and stroke, we didn’t know why,” said co-first author Dr. Dipender Gill, from Imperial’s School of Public Health. “Surprisingly, our research suggests only half of this protective effect comes from lower weight, blood pressure and less time smoking.”

In fact, the team found that only 40% of the effect on higher education on cardiovascular health can be explained by a person’s body mass index (BMI), blood pressure, or smoking habits.

Furthermore, the study revealed that each 3.6 additional years in education often lowered BMI by 1kg/m2, as well as systolic blood pressure by 3mm/Hg.

“We now need to investigate what other reasons may link education and lower cardiovascular disease risk,” Dr. Gill continued. “One possibility is that people who spend more time in education tend to engage more with healthcare services, and see their doctor sooner with any health complaints.”

“Past policies that increase the duration of compulsory education have improved health and such endeavours must continue,” added co-first author Alice Carter, from the University of Bristol. “However, intervening on education is difficult to achieve and requires large amounts of both societal and political change.”

The team first analyzed data from over 200,000 U.K. residents who had spent a number of years in education. They compared and contrasted the number of years spent in school to each participant’s BMI, blood pressure, smoking habits, and past cardiovascular health issues like heart attack or stroke.

They then used Mendelian randomisation, which involved using genetic information from public databases for over a million people in order to investigate the link between education and cardiovascular disease risk. The team focused in on a minute DNA difference that has been linked to schooling, aiming to link this genetic marker with BMI, blood pressure, and smoking habits.

These methods of analysis revealed that BMI, blood pressure, and smoking contribute to the effect of education — 18%, 27%, and 34% respectively (a combined 40%).

“It is important to note this work looks at the effect of education on a population level risk of heart disease — and leaving school earlier does not necessarily mean an individual will go on to develop heart disease,” Carter explained. And Dr. Gill added that most of the individuals studied are from European descent. The team plans to widen their research to involve other ethnicities.