How the Himalayan marmot survives in extreme conditions • Earth.com 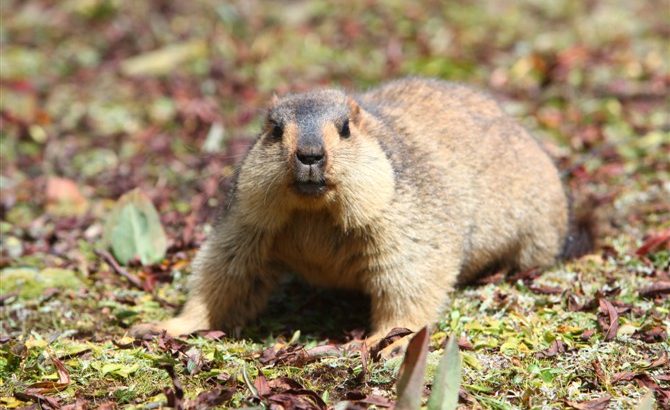 How the Himalayan marmot survives in extreme conditions

Himalayan marmots live at some of the most extreme altitudes of any animal, surviving heights of up to 5,000 meters. For the first time, scientists have sequenced the entire genome of this creature, which may provide new insight into what makes the Himalayan marmot so resilient.

According to the researchers, the study findings hint at the genetic mechanisms underlying high-altitude adaptation and hibernation.

“As one of the highest-altitude-dwelling mammals, the Himalayan marmot is chronically exposed to cold temperature, hypoxia, and intense UV radiation,” said study lead author Enqi Liu of the Xi’an Jiaotong University Health Science Center in China. “They also hibernate for more than six months during the wintertime.”

To investigate these abilities on a molecular level,  the team sequenced and assembled a complete draft genome of a male Himalayan marmot. They also re-sequenced 20 other Himalayan marmots, including individuals living at high and low altitudes, and four other marmot species.

RNA sequencing was performed to allow the experts to compare gene-expression differences between marmots in a state of hibernation and awake marmots.

The DNA testing revealed that the Himalayan marmot diverged from the Mongolian marmot about two million years ago. The researchers identified two genes that were selected depending on if the marmot was located in high or low altitudes.

The experts believe that one of those genes, Slc25a14, may be part of a protective strategy to prevent the excess growth of new blood vessels under extremely low-oxygen conditions.

The results of the RNA comparisons showed that gene-expression changes occur in the liver and brain during hibernation, involving genes in the fatty acid metabolism pathway as well as blood clotting and stem cell differentiation.

The researchers will continue improving the quality of the Himalayan marmot’s genome. They noted that the Himalayan marmot is also known as a natural host and transmitter of the plague to humans, and the team will examine the animal’s immune system features to investigate.