Honey bees can store both good and bad memories • Earth.com 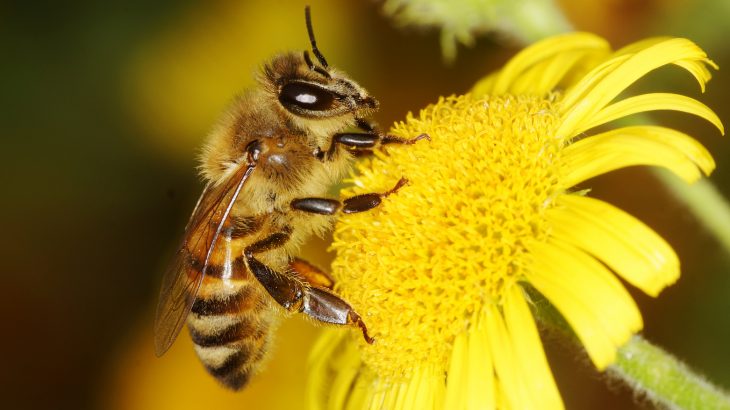 Honey bees can store both good and bad memories

Honey bees can remember both good and bad experiences and store them in different areas of the brain, similar to the way humans and other vertebrates do.

Over 600 million years ago vertebrates and invertebrates diverged from each other, splitting off to form unique, ever-evolving, family trees in the animal kingdom.

Humans and other vertebrates store positive and negative memories in distinct regions of the brain, and researchers from the University of Urbana-Champaign wanted to see how honey bees process similar memories.

The researchers exposed honey bees to a positive or negative experience to investigate whether the experiences were stored separately in the brain or if the bees used the same neural circuitry for both.

“We wanted to know whether bees, with a tiny brain, devote different parts of it to processing social information that is either negative or positive,” Gene Robinson, an author of the study, told Newsweek.

Robinsons along with a team of colleagues exposed honey bees to a positive experience, nursing a queen bee larva, or a negative experience, dealing with an intruder bee.

Next, the researchers studied the most active regions of the bee’s brain after the experience, identifying patterns of gene expression.

“We used genes that respond very quickly to new stimuli as markers to see which parts of the brain are activated for each type of stimulus,” said Robinson.

The memories were stored in different sections of the brain called “mushroom bodies,” areas in invertebrate brains associated with learning and sensory information.

Valence refers to how good or bad a certain emotion is, and it’s a term used in psychology.

Besides showing that bee brains are capable of a lot more than one might realize, the study also helps provide a link between vertebrates and invertebrates.

The researchers published their findings in the journal Proceedings of the Royal Society B: Biological Sciences.