Honeydew secretions could be used to manage crop pests • Earth.com 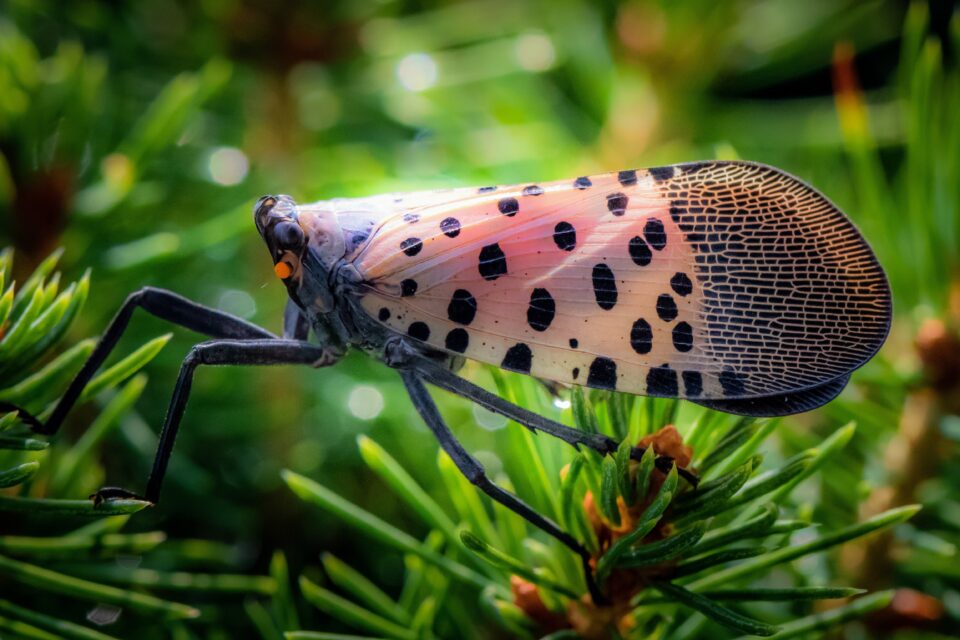 Honeydew is a sugary solution produced by several different types of insects, particularly those that feed by inserting their proboscis into the phloem vessels of a plant. These vessels carry dissolved sugars and other nutrients all over the plant, and the sucking insects use their spike-like mouthparts to access the flow of goodies. Strangely, when an insect taps into the liquid and begins to suck, the high pressure in the phloem vessel causes a big droplet of honeydew to emerge from the insect’s anus. It is a valued source of food for other insects, including different species of ants.

Although the chemical composition of honeydew has been studied from the perspective of its nutritional value to ants and other species that feed on it, the nature of the volatile (or smelly) components has not been investigated. It is possible that scents from honeydew secretions are used by insects to communicate with each other, especially around the time of reproduction. A new study, published in Frontiers in Insect Science, has now shown that the honeydew produced by spotted lanternflies gives rise to many airborne organic molecules that are attractive to other members of the species, and probably play an important role in the behavior of the insects.

Spotted lanternflies (Lycorma delicatula) are not native to the U.S., but have been introduced inadvertently from China, where they are indigenous. The first individual was recorded in Pennsylvania in September 2014. Unfortunately, this species is invasive and feeds on a wide range of fruit, ornamental and woody trees. Individuals can spread long distances with the help of people who translocate infested material or items containing egg masses. It is critical that this pest be controlled before it spreads too widely, or it could do serious damage to the country’s grape, orchard, and logging industries.

“This research is important because the first step to managing any pest is to understand their biology and behavior,” said Dr. Miriam Cooperband of the United States Department of Agriculture Animal and Plant Health Inspection Service, Plant Protection and Quarantine Division (USDA APHIS PPQ) in the U.S. “As we learn more about the behavior of the spotted lanternfly, we hope to find a vulnerability that we can use to develop pest management tools to reduce its population and spread.”

It seems that spotted lanternflies do have one rather unusual behavior that may prove a vulnerability. Not only do they leave their honeydew secretions dotted onto the understory of trees in their habitat, but they also form mass aggregations on the trunks of select trees. There, they secrete so much honeydew that the surface of the tree trunk becomes white and frothy, and begins to smell like fermenting fruit. Multitudes of lanternflies gather at these sites and add to the secretions, while neighboring tree trunks are left untouched.

Cooperband and her collaborators wondered whether the honeydew that is excreted in these copious quantities perhaps contains semiochemicals, pheromones that convey signals to other lanternflies and modify their behavior. In previous studies the researchers had fixed small samples of either male or female spotted lanternflies to the trunk of a tree, enclosed in a fine mesh sleeve. These groups soon generated large aggregations of free lanternflies on the tree trunks, suggesting to the researchers that pheromones were indeed involved in attracting the lanternflies to each other.

To find out whether the honeydew contains any behaviorally active components that could influence lanternfly behavior, the researchers collected honeydew samples separately from male and female lanternflies in the field, to test in the lab. They found numerous semiochemicals present, including four ketones, six esters, and three alcohols, all of which existed in both sexes but at different ratios. Two compounds occurred at ratios over 1.5 times higher in male than in female honeydew, whereas five other compounds were found at higher concentrations in female than in male secretions.

The researchers then investigated how the honeydew influenced lanternfly behavior by giving captive lanternflies a choice to move to areas with or without the different types of honeydew. Their results showed that male flies were strongly attracted to male honeydew, while both males and females were only slightly attracted to female honeydew. Although it is not clear what would cause this behavior, this is consistent with observations of how these insects behave in the field.

The team went on identify which components of the honeydew produced the strongest signals. Five molecules were tested for attraction and found to have specific sex-attractant profiles. Two molecules called benzyl acetate and 2-octanone attracted both sexes, one molecule called 2-heptanone attracted only males, one molecule, 2-nonanone, attracted only females, and one molecule, 1-nonanol, repelled females but not males. All five of these compounds also serve as pheromone components for species across multiple insect orders, including bees and bed bugs.

These findings are just the initial steps to obtaining a better understanding of how, potentially, to control this invasive pest. The authors suggest that their findings can help develop non-insecticide control measures, such as the development of semiochemical lures for detecting lanternfly presence, or to use as mass trapping tools. There are many more questions to answer, such as whether there are seasonal variations in this behavior, and whether there are interactions with microbes in the honeydew that produce the necessary chemicals.

“Spotted lanternfly behavior and communication is quite complex, and this is only the tip of the iceberg. In addition to our work studying chemical signals, such as those in honeydew, we are also interested in the role of substrate vibrations in their communication system,” said Cooperband. “Future research might focus on understanding how they locate each other when they gather and find mates using multiple types of signals.”