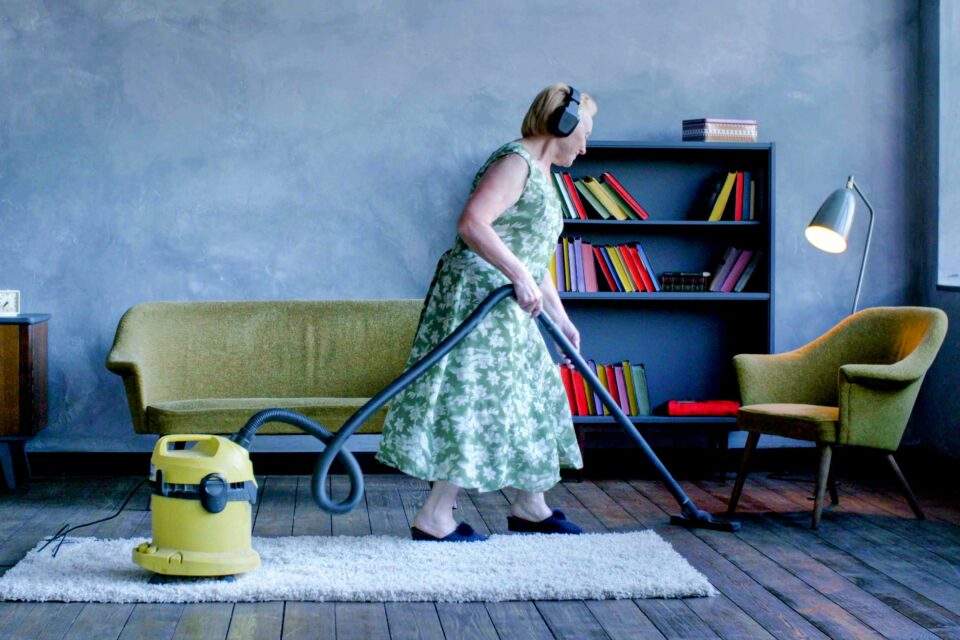 We all know that the benefits of regular physical activity (PA) include better health and a reduced risk of chronic disease, limited mobility, and mortality among older people. And yet, global statistics show that almost one-third of people did not meet the minimum recommendations for weekly activity times in 2016. Furthermore, the figures had remained stable during the previous decade, indicating that people had not taken to heart advice about remaining active.

Earlier studies had focused on the effects of recreational PA on mental and physical health in older people, but a team of scientists from Singapore decided to investigate the impact that the non-recreational activity of housework had on age-related decline in functional ability. The experts feel that, with a rapidly aging global population and increased life expectancy, new strategies and policies are needed in order to promote healthy aging, worldwide.

The study, published today in the British Medical Journal Open, examined associations between light housework (LH) or heavy housework (HH) activities, and the cognitive, physical and sensorimotor functions among younger and older adults in Singapore. The goal was to determine whether the activity associated with household chores contributes to healthy aging in independent adults.

A total of 489 adults, aged between 21 and 90, was included in the study. Participants all had fewer than 5 underlying conditions and no cognitive issues. They were all living independently and were able to carry out routine daily tasks. The individuals were divided into two age groups; 21–64-year-olds were classified as ‘younger’, while 65–90-year-olds were ‘older’.

Participants reported on how much time they spent doing light housework (LH), and heavy housework (HH) duties. Light housework included washing up, dusting, making the bed, hanging out the washing, ironing, tidying up, and cooking. Heavy housework was defined as window cleaning, changing the bed, vacuuming, washing the floor, and activities such as painting or decorating.

The team used standardized tests to assess physical and cognitive function. Physical function was also measured using repeated chair-sit-to-stand tests and gait speed. These tests are indicative of leg strength and therefore of the risk of falling. Cognitive functioning was assessed in terms of mental agility, which included short and delayed memory, visuospatial ability, language and attention span.

Almost two-thirds of the participants (61 percent of younger; and 66 percent of older) met the minimum recommended weekly activity levels through doing housework alone.

Furthermore, the results showed that after adjusting for other types of regular physical activity, housework was associated with sharper mental abilities and better physical capacity – but only among participants in the older age group. Cognitive scores were eight percent and five percent higher, respectively, in those doing high volumes of light or heavy housework compared with those in the low volume groups.

Participants who did a lot of housework showed better sit-to-stand times (eight percent faster) and improved balance/coordination scores (23 percent improved) than those who did little housework.

Although this was a correlational study and direct causal relationships cannot be assigned, the authors refer to previous research indicating a link between aerobic exercise and improved cognitive function. They feel that the sharper mental agility associated with housework might occur through similar mechanisms.