How do apples get their shape? • Earth.com 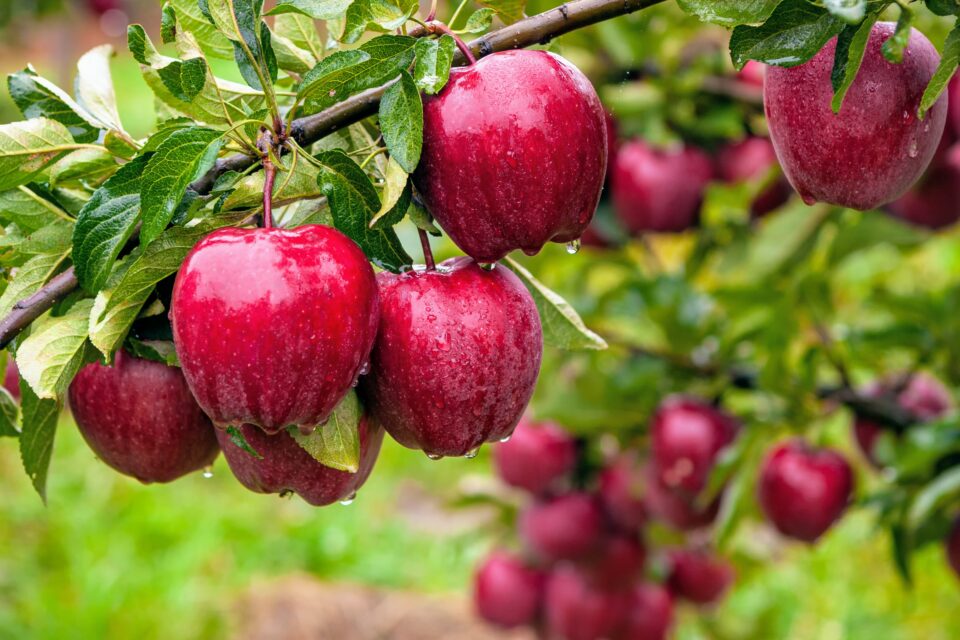 How do apples get their shape?

A recent study has investigated the mechanisms through which apples get their particular shapes (mostly spherical, with a cusp at the top where the stems grow). Using observations, lab experiments, theories, and computations, a team of mathematicians and physicists led by the Harvard John A. Paulson School of Engineering and Applied Sciences (SEAS) is shedding new light on the growth and form of apple cusps.

The research team collected apples at various growth stages from an orchard at Peterhouse College and mapped the growth of their cusp over time. Next, they used numerical simulations to understand how differential growth between the fruit cortex and the core drives the formation of the cusp. Finally, they corroborated these computations with experiments mimicking the growth of apples using gel that swelled over time.

“Being able to control and replay morphogenesis of singular cusps in the laboratory with simple material toolkits was particularly exciting,” said co-author Aditi Chakrabarti, a postdoctoral fellow at SEAS. “Varying the geometry and composition of the gel mimics showed how multiple cusps form, as seen in some apples and other drupes, such as peaches, apricots, cherries and plums.”

Scientists discovered that different rates of growth between the bulk of the apples and their stalk regions resulted in the dimple-like cusp. In order to explain the evolution of cusps’ shapes, they turned to a mathematical theory known as singularity theory, which is used to describe a large variety of different phenomena, ranging from mundane ones such as the light patterns forming at the bottom of a swimming pool to more esoteric ones, such as black holes.

“Biological shapes are often organized by the presence of structures that serve as focal points,” explained study senior author Lakshminarayanan Mahadevan, a professor of Applied Mathematics, Organismic and Evolutionary Biology, and Physics at SEAS. “These focal points can sometimes take the form of singularities where deformations are localized. A ubiquitous example is seen in the cusp of an apple, the inward dimple where the stalk meets the fruit.”

“Morphogenesis, literally the origin of shape, is one of the grand questions in biology. The shape of the humble apple has allowed us to probe some physical aspects of a biological singularity. Of course, we now need to understand the molecular and cellular mechanisms behind the formation of the cusp, as we move slowly towards a broader theory of biological shape,” he concluded.

The study is published in the journal Nature Physics.