How do habaneros respond to environmental stress? • Earth.com 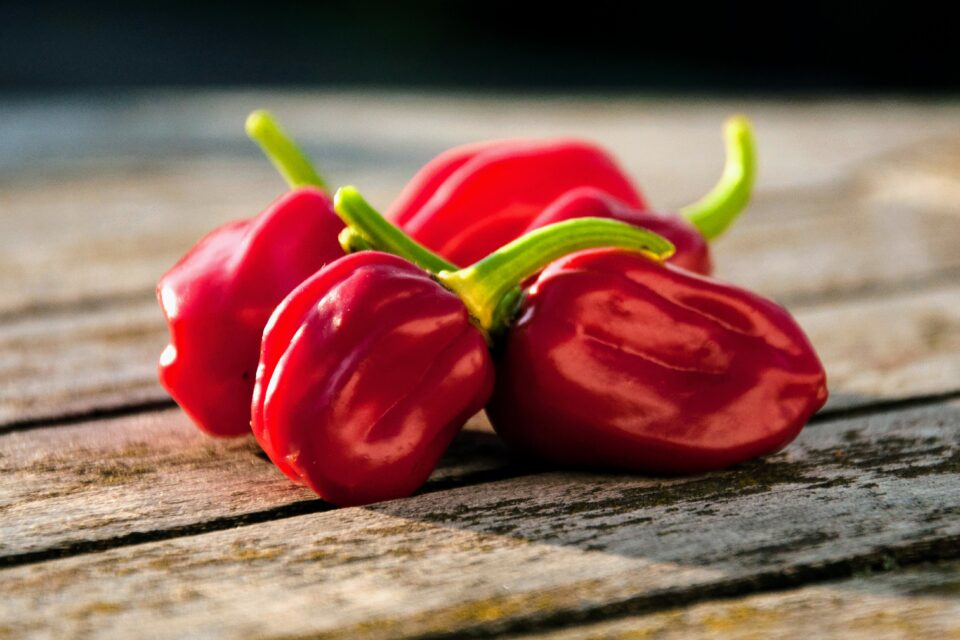 How do habaneros respond to environmental stress?

Plants often have to cope with a variety of environmental stressors, such as lack of nutrients or high salinity. In a new study published in the journal ACS Agricultural Science & Technology, scientists examined how habanero peppers (Capsicum chinense) change the levels of their natural compounds under stress conditions.

Habaneros are prized for their unique flavor, combining a citrusy and smoky taste with an extra-hot kick. While their pungency comes from capsaicinoids, peppers also contain a variety of vitamins, carotenoids, flavonoids, phenolic compounds, and other metabolites. These components contribute not only to flavor, but also to the antimicrobial, anti-inflammatory, and antioxidant properties of peppers.

Although habaneros are an important crop in Mexico, the environmental conditions in their habitat are far from optimal, due to low levels of nitrogen and phosphorous and high levels of salt in the soil where they grow.

To evaluate the effect of these conditions on thousands of metabolites in the fruits, the experts grew peppers under five different conditions: control, low phosphorous, low nitrogen, medium salinity, and high salinity. Afterwards, the peppers were harvested at three growth stages, and extracts from them were purified and analyzed by mass spectrometry.

The analysis revealed that metabolite changes were most evident in ripe fruit, and that, while nitrogen deficiency reduced the concentration of some metabolites but raised that of others, phosphorous deficiency lowered metabolite diversity. According to the scientists, this loss of metabolite diversity could make harvested peppers less resilient to pathogens and pests.

Moreover, the experiments helped the researchers identify a salinity threshold above which metabolites start to change because the plants can no longer counteract the effects of excess salt.

As climate change intensifies stress on a wide variety of crops worldwide, insight into metabolic adjustments will be crucial to help scientist safeguard these plants, the experts concluded.