How much energy do plants use to lift water from the soil? • Earth.com 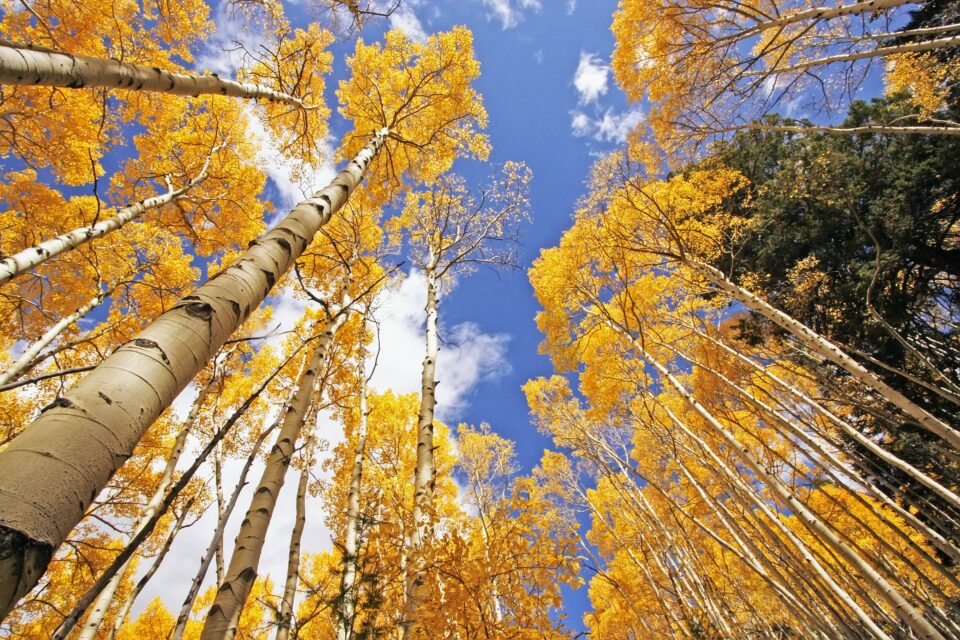 How much energy do plants use to lift water from the soil?

Each day, approximately one quadrillion gallons of water are silently pumped by trees from their roots to the treetops – an astonishing feat accomplished by using only sunlight. While scientists have long known that it takes a huge amount of energy to lift all this liquid, what this amount is precisely remained a mystery.

Now, a team of researchers from the University of California, Santa Barbara has quantified for the first time the tremendous amount of power used by plants to move water through their xylem – a type of transport tissue in vascular plants – to their leaves. Their analyses revealed that, on average, it added up to 14.2 percent of the energy that plants gather through photosynthesis. This amount is comparable to the production of all humanity’s hydropower.

“It takes power to move water up through the xylem of the tree. It takes energy. We’re quantifying how much energy that is,” said study lead author Gregory Quetin, a postdoctoral researcher in Ecology at UC Santa Barbara. This energy is a surplus to what plants produce through photosynthesis. “It’s energy that’s being harvested passively from the environment, just through the tree’s structure.”

Complex plants accomplish this amazing feat with a vascular system, in which tubes called xylem bring water from the roots to the leaves, while another type of tubes, known as phloem, transport sugar produced in the leaves to the rest of the plant. “Vascular plants evolving xylem is a huge deal that allowed for trees to exist,” Dr. Quetin explained.

By contrast to those of animals, plant circulatory systems are open and powered passively, with sunlight evaporating water, which then escapes from pores into the leaves, and creates a negative pressure that pulls up the water beneath, through a process called “transpiration.” Unlike in the case of photosynthesis, the energy produced by transpiration does not need to be processed before being used.

The scientists combined a global database of plant conductance with mathematical models of sap ascent to calculate how much power plants devote to pumping water. They found that the Earth’s forests consume about 9.4 petawatt-hours per year – an amount similar to global hydropower production. Surprisingly, little of this energy is used in fighting gravity, most of it going into overcoming the resistance of plants’ stems.

Since plants vary widely in how conducive their stems are to water flow, there is still some uncertainty regarding how much energy particular plants produce. “I think this uncertainty highlights that there is still a lot we don’t know about the biogeography of plant resistance (and to a lesser extent, transpiration). This is good motivation for continued research in these areas,” Dr. Quetin concluded.

The study is published in the Journal of Geophysical Research: Biogeosciences.