Human babies and monkey babies learn how to vocalize the same way • Earth.com 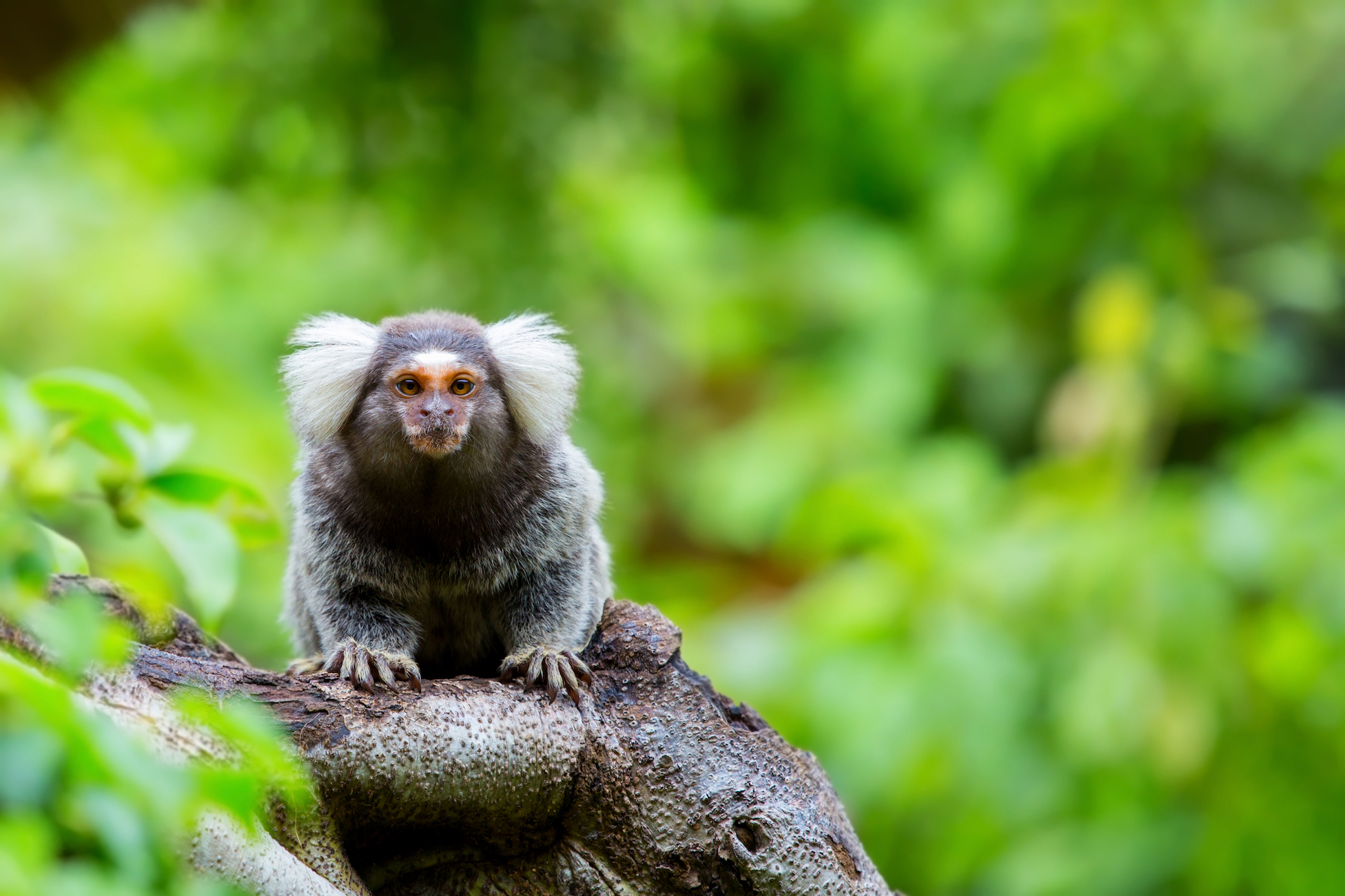 When babies first begin to babble and make sounds, vocal feedback from adults helps speed up the learning process. Babies progress more quickly to sounds that resemble words with reinforcement from adults. Researchers from the University of Princeton set out to determine if the same vocal development strategy may apply to baby monkeys.

Asif Ghazanfar is a co-author of the study and a professor of Psychology at the Princeton Neuroscience Institute.

“We wanted to find out whether the idea that monkeys don’t do any learning during their vocal development is actually true,” said Ghazanfar. “So we picked a species that we know really relies on vocalizations as its primary social signals. What we found in marmoset vocal development very closely parallels pre-linguistic vocal development in humans.”

Ghazanfar and his colleagues selected pairs of fraternal twin marmosets. The monkeys were separated from the adults for 40 minutes a day, beginning the day after they were born. During the first 10 minutes of each session, scientists recorded the sounds the baby marmosets made while sitting alone. Next, the researchers gave the babies contingent feedback by playing audio recordings of the parent’s calls for the remaining 30 minutes.

One of the twins received consistent vocal feedback, while the other received significantly less feedback. After two months of experimentation, the researchers discovered that marmosets who had gotten more feedback improved their vocal skills more quickly than those with fewer responses. The study, published today in Current Biology, provides evidence that nonhuman primates have a vocal learning process similar to that of humans.

Despite the fact that the marmosets’ language is not nearly as complex as human language, the stages of vocal development are comparable. Further evaluation of marmoset communication may reveal more information about the evolution of speech. The research team plans to expand upon this study by observing the neural activities of the marmosets as they develop their vocal calls.