Human contact with primates is promoting the spread of disease • Earth.com 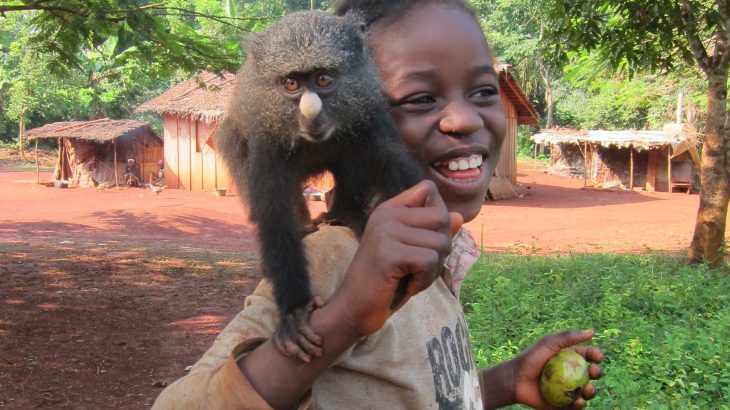 Human contact with primates is promoting the spread of disease

A team of researchers has identified ways that human interactions with nonhuman primates may be putting people at risk of infection with new diseases. Zoonotic diseases, which originate in other animal species before infecting humans, are a major threat to human health.

Zoonotic diseases account for more than 60 percent of emerging infectious diseases, and 70 percent of them are believed to come from wild animals. The similarity between humans and nonhuman primates makes monkeys and apes ideal carriers for pathogens that threaten human populations.

A team led by Tamara Giles-Vernick of the Institut Pasteur and Victor Narat of the French Center for National Scientific Research used surveys, real-time data collection, and oral history interviews to investigate the physical exposure of people in southeastern Cameroon to nonhuman primate species. The researchers collected data in 2016 and 2017 that involved multiple villages and hundreds of people.

The investigation revealed that Cameroonian adults have frequent physical contact with primates, particularly with monkeys. This contact is most often through hunting, butchering, preparing, and consuming meat, but also includes injuries sustained from gorillas.

Of the survey respondents, 85 percent had eaten primate meat in their lifetimes. Overall, the risk of exposure to disease in any given village was found to be directly linked to the relative density of nonhuman primates and their proximity to human settlements.

“National and international authorities should support improved surveillance of humans and abundant monkey species, as well as popular messages to promote safe meat handling practices,” wrote the researchers. “Multidisciplinary social science and ecological approaches should be used to improve surveillance and communications with forest populations about neglected tropical diseases.”

The study is published in the journal PLOS Neglected Tropical Diseases.