Human dispersal out of Africa occurred over a staggered period • Earth.com 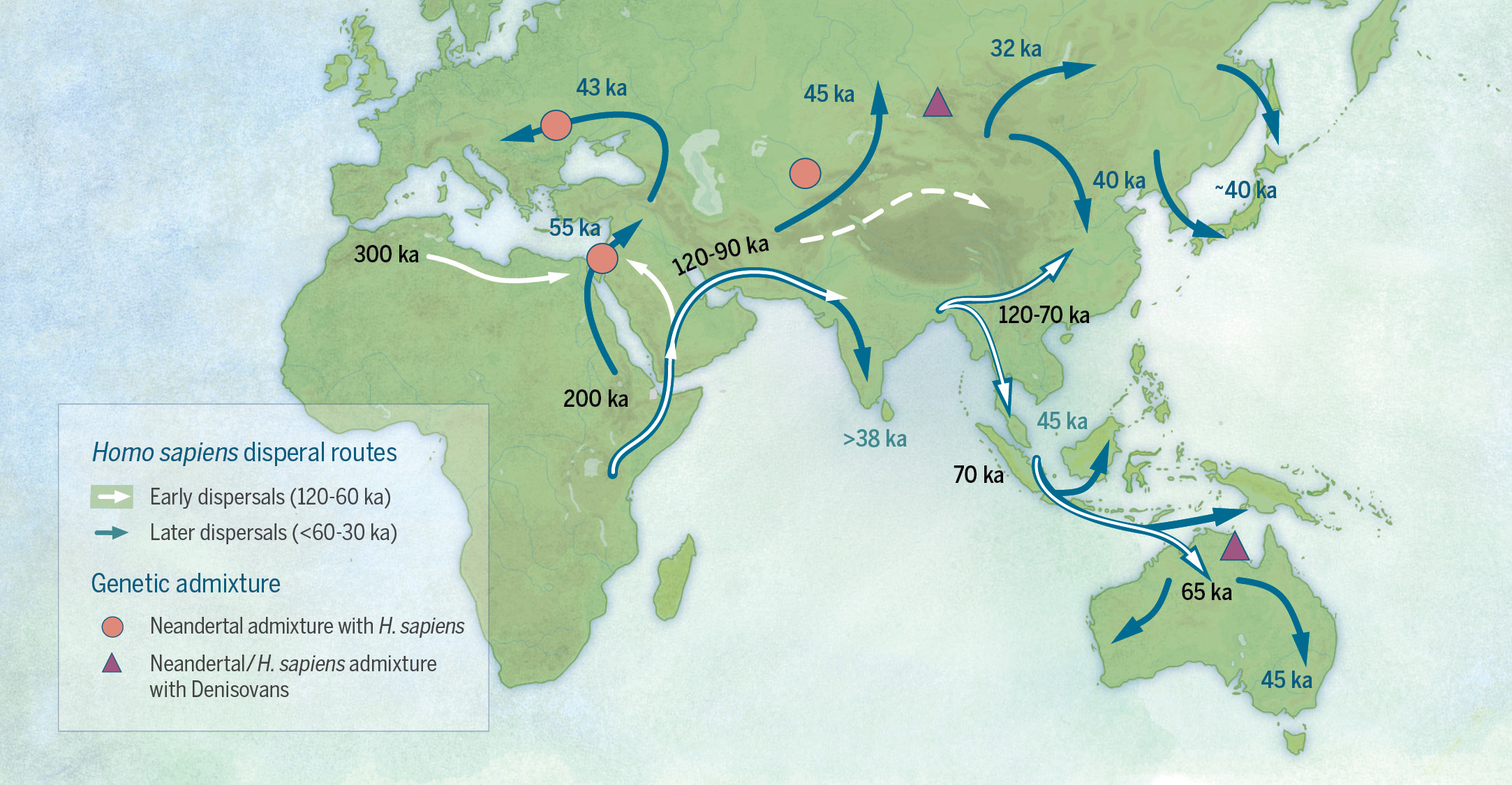 Human dispersal out of Africa occurred over a staggered period

New research is contradicting the long-assumed belief that humans evolved in Africa and then spread out across Asia into Australia around 60,000 years ago. There is now evidence that humans left Africa many times prior to this, and interbred with many ancient humans in various locations across Eurasia.

Using advances in technology such as updated DNA analysis and fossil identification techniques, researchers from the Max Planck Institute for the Science of Human History and the University of Hawaii at Manoa are challenging the theory of a single human dispersal out of Africa.

The analysis, which is based upon a review of new discoveries from Asia over the past ten years, shows that Homo Sapiens reached distant parts of the Asian continent, as well as Near Oceania, much earlier than previously thought. Evidence that ancestors of modern humans interbred with other ancient people already present in Asia, such as Neanderthals and Denisovans, makes the tracking of our evolutionary history quite complicated.

The new model reveals that multiple dispersals of modern humans came out of Africa, beginning as early as 120,000 years ago.

“The initial dispersals out of Africa prior to 60,000 years ago were likely by small groups of foragers, and at least some of these early dispersals left low-level genetic traces in modern human populations,” explained study co-author Michael Petraglia. “A later, major ‘Out of Africa’ event most likely occurred around 60,000 years ago or thereafter.”

Recent genetic research has demonstrated that modern humans interbred with Neanderthals, the Denisovans, and also with a currently unidentified population of pre-modern hominins. These groups overlapped with modern human ancestors in Asia, with many instances of interactions, suggesting that the spread of material culture is more complex than previously realized.

“Indeed, what we are seeing in the behavioral record is that the spread of so-called modern human behaviors did not occur in a simple time-transgressive process from west to east,” said study co-author Christopher Bae. “Rather, ecological variation needs to be considered in concert with behavioral variation between the different hominin populations present in Asia during the Late Pleistocene.”