Human evolution is ongoing and influenced by lifestyle • Earth.com 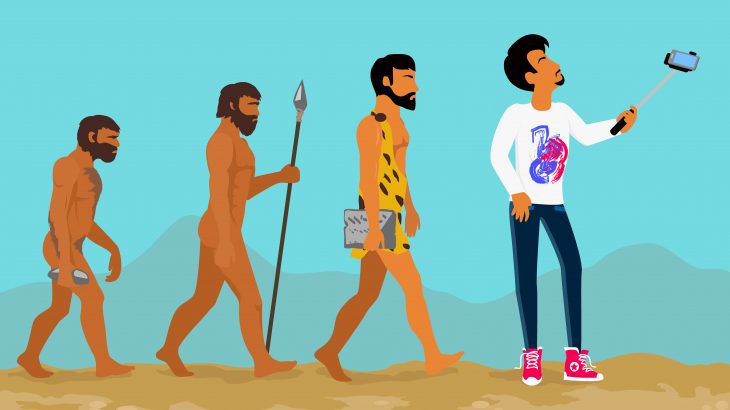 Human evolution is ongoing and influenced by lifestyle

With human evolution, we have this habit of thinking in the past tense. The way we talk about evolution conveys the idea that we’ve reached the finish line and have evolved as much as we ever will.

But it’s important to realize that evolution is a process that occurs across many different generations before there are any noticeable, lasting changes in a species.

As far as humans go, we’re likely still evolving, and two recent studies have found evidence of DNA changes that occurred in the last few thousand years which helps highlight how lifestyle changes can influence evolution.

In both studies, researchers looked for evidence of selection in humans, the process where evolution picks specific DNA sequences over others, according to New Scientist.

“During a short time, human genomes have changed a lot,” Irina Morozova, an author of one of the studies told New Scientist. “We think these changes are driven by human civilisation.”

The study was published in the journal Molecular Biology and Evolution and conducted by Morozova and a team of researchers from the University of Zurich.

The researchers reviewed and analyzed the genomes of 150 Europeans dating back as far as 5,500 years and compared them to 305 modern Europeans.

By looking at such close ancestry over a few thousand years, the researchers were able to identify which changes evolution favored over time.

The researchers did find changes in the biological pathways of the two groups of genomes that point to evolution. Modern Europeans evolved different metabolisms, sensory perception, and immune responses, according to the research.

The changes in metabolism were likely driven by dietary changes as humans became more dependent on agriculture and farming as opposed to hunting and gathering.

There were also DNA markers and processes that hadn’t changed over time.

The second study was conducted by researchers from the University of Copenhagen in Denmark and published in the journal bioRxiv.

The Copenhagen researchers created a method for detecting changes in modern genomes and found a gene variant that could explain why some populations evolved lighter skin tones, a relatively recent evolutionary trait.

Once an evolutionary change has been identified, researchers can try and find an explanation for what factors influenced those changes.

But what about future evolution, what will the human genome look like thousands of years from now?