Human footprints in England are the oldest ever discovered outside of Africa • Earth.com 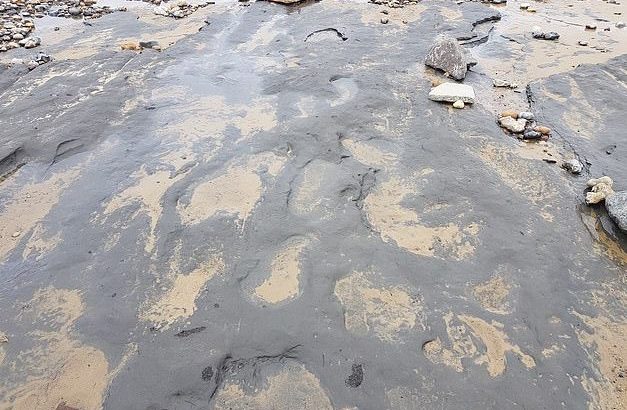 Experts have discovered the oldest human footprints ever found in Europe on the British coast of Norfolk. The tracks date back almost a million years, making them the oldest footprints left behind by humans outside of Africa.

Paul Macro spotted the prints on a beach in Happisburgh when he was photographing the region as part of an assignment for London-based studio ScanLAB Projects.

The tracks are believed to have been made by Homo Antecessor, also known as “Pioneer Man,” between 850,000 and 950,000 years ago. Homo Antecessor was about 5.5 feet tall and likely descended from Homo Erectus. Due to a lack of fossil evidence, much about this archaic human species still remains a mystery.

The markings were located close to where footprints from the same time period were discovered in 2013. Not far from the first site, researchers had also uncovered tools.

“Happisburgh tells us about the earliest humans in Britain,” said Professor Simon Lewis from Queen Mary University of London. “They had simple stone tools. They used flint and raw materials to flake tools. We’re dealing with the earliest types of stone tool technology.”

Experts hope to find fossil bones to confirm whether the footprints were left by Homo Antecessor. 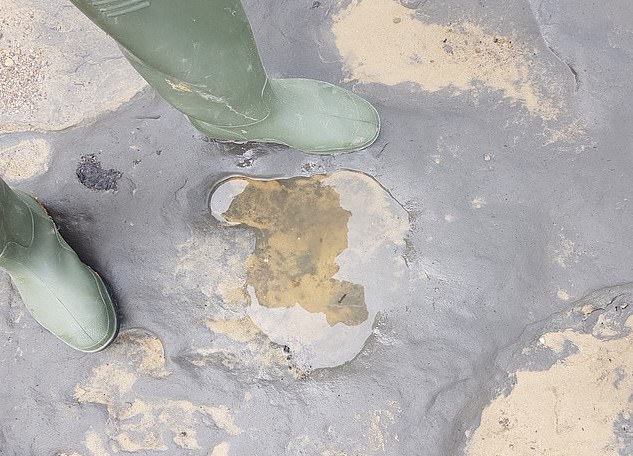 “The search is now on to find some fossil bones to prove if Homo Antecessor, or indeed another type of Hominin was busy was here in Norfolk almost a million years ago,” said Jason Gibbons of Norfolk Museum.

“This is a very exciting and important site, we will see what this, and future discoveries will tell us about the most remote period of ancient habitation in north west Europe.”

Macro said that two days after he made 3D scans of the footprints they were already covered in sand. “It was phenomenally exciting when I sent the photos over to the Norfolk Museum Service, and they said the footprints could be 850,000 years old.”