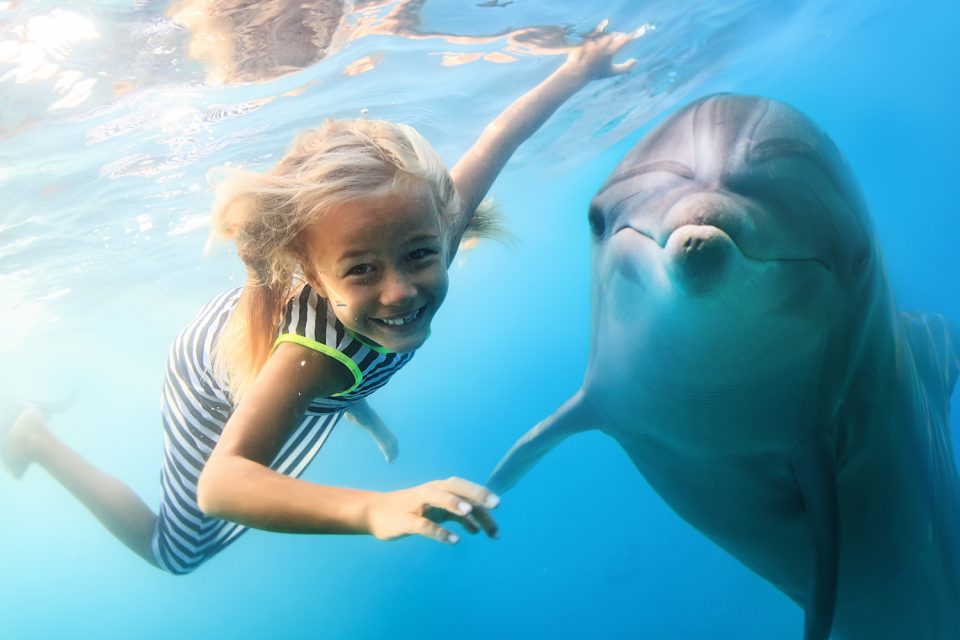 A new study by scientists at Murdoch University in western Australia has found that tourist activities are making dolphins more vulnerable to sharks and other predators. The experts are also warning that interactions with tourists may be disrupting the social and reproductive behavior of the dolphins.

The investigation, which was focused on spinner dolphins in Hawaii, revealed that these beloved dolphins spend more than 82 percent of the daytime in contact with vacationers. According to the researchers, chronic exposure to swimmers and boats is the depriving the dolphins of rest.

“Vigilance is required for many activities including foraging, socializing and predator avoidance. As animals undertake these cognitively challenging activities they tire. This can manifest as a decreased ability to detect predators or prey.”

“To recover from their energetic and cognitively challenging night-time foraging activities, spinner dolphins need to rest.”

The spinner dolphin gets this name from the impressive acrobatic skill of launching out of the water and spinning – a very popular attraction for tourists in Hawaii. The new study has found that these particular dolphins are exposed to 25 percent more human interaction than any other type of dolphin.

“Dolphins were exposed to human activities within 100 meters for 82.7 percent of the daytime,” said Dr. Tyne. The dolphins were found to have an average of only ten minutes of rest between each group of tourists.

Bottlenose dolphins that live in coastal regions have also been found to suffer from a lack of rest due to interactions with humans.

“Dolphins need time to recover from a disturbance to return to a pre-disturbed activity state,” explained Dr. Tyne. “For example, bottlenose dolphins in Milford Sound, New Zealand, required at least 68 minutes between interactions to return to their pre-disturbed behavior.”

“It is likely the short time intervals between successive exposure events are insufficient for spinner dolphins to return to a natural behavioral state between exposures.”

Rest deprivation can lead to impaired cognitive and decision making abilities among dolphins.

“Impaired cognition, may affect the success of this cooperative foraging strategy, by compromising the development and reinforcement of social bonds or to properly perceive prey patches during foraging activities,” said Dr. Tyne.

“Impaired cognition can adversely affect the social cohesion of a community. Moreover, mothers and calves may be particularly susceptible to rest deprivation if the ability of mothers to properly care for, feed and protect their calves is compromised.”

For example, populations of bottlenose dolphins in New Zealand and Western Australia have been reduced by tour boats. According to Dr. Tyne, the spinner dolphins of Hawaii are under similar pressure, and signs of displacement are emerging.