Humans were likely responsible for the extinction of the European cave bear • Earth.com 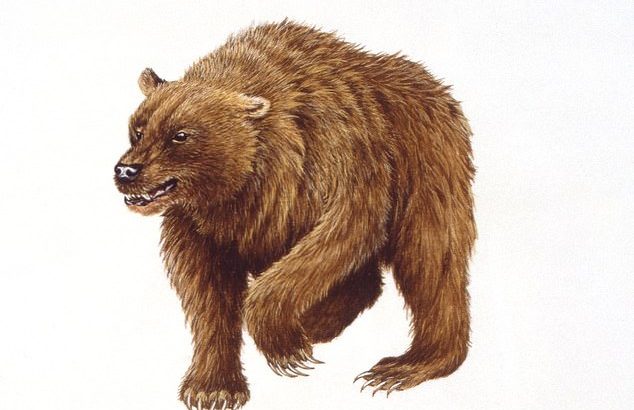 Experts have genetically reconstructed the history of the cave bear and found that it was likely humans, and not colder climate conditions, that drove the species to extinction about 24,000 years ago during the Last Glacial Maximum.

The scientists analyzed genome data using the bones of 59 cave bears that were uncovered across sites in Italy, France, Spain, Poland, Germany, Serbia, and Switzerland.

The team identified a population decline 50,000 years ago that corresponded with the arrival of ancient humans in eastern Europe. An even sharper decline followed about 10,000 years later, which coincides with the spread of Homo sapiens throughout Europe.

The cave bear, or Ursus spelaeus, lived during the Ice Age alongside animals like the cave lion, woolly rhino, and the woolly mammoth. Even though it was as big as a polar bear, the cave bear was an herbivore. The males weighed an average of 1,000 pounds, while the females weighed about half as much.

The current study may finally settle the long debate of whether the bears were wiped out by a cooling climate that drastically reduced their food supply or if humans were to blame.

According to paleogeneticist Verena Schuenemann, the steep population decline that was pinpointed by the analysis predated the climate cooling associated with the last Ice Age. In addition, the cave bear population had remained stable for long time periods and had endured many other cooling episodes.

“There is more and more evidence that modern humans have played a determinant role in the decline and extinction of large mammals once they spread around the planet, starting around 50,000 years ago,” explained biogeologist Hervé Bocherens.

“This happened not just by hunting these mammals to extinction, but by causing demographic decline of keystone species, such as very large herbivores, that led to ecosystems’ collapse and a cascade of further extinctions.”