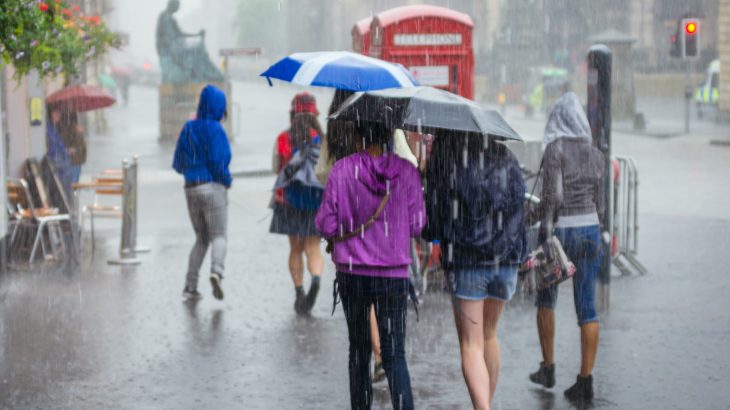 As global temperatures continue to rise, many parts of the world are experiencing unprecedented climate extremes, record-breaking heatwaves, droughts, and wildfires.

Given the current state of our climate, it’s easy to assume that climate change will lead to hotter and drier summers worldwide.

However, a new study has found the exact opposite to be true for northern Europe.

An international team of researchers examined the relationship between summer temperatures and precipitation in Europe throughout the past 12 centuries to understand the links between drought and rising temperatures and better project future climate scenarios.

The research shows that while southern Europe can expect drier summers, northern Europe will likely get wetter in the future.

For the study, the researchers analyzed weather data and temperature measurement records going back to the 18th century. Tree ring data as far back as the ninth century helped the researchers reconstruct past drought events.

Past temperature and drought reconstructions were then compared to climate models that are used to project future climate extremes.

The researchers found that current models are inaccurate in their projections and do not factor in past weather records.

Europe is projected to get drier and hotter, but in the past, northern Europe experienced higher levels of precipitation when temperatures rose.

“Crucially, our study shows that the very strong link between warm and dry periods being simulated in the climate models could be too simple,” said Dr. Fredrik Charpentier Ljungqvist, the leader of the research. “It’s not a picture backed up by the weather records and tree-ring data. The climate model simulations seem to underestimate how large part of Europe actually experiences wetter summers when the climate is warmer.”

Not only does the study show that parts of Europe will likely get wetter as climate change continues, but that current climate models may overestimate drought predictions and underestimate future precipitation estimates.

“Our study implies a possible exaggeration in the climate models of temperature-driven drought risk in parts of northern Europe under global warming,” said Dr. Ljungqvist. “But this also means that the models may well underestimate future excessive precipitation, with associated flood risks, in northern Europe.”