Humans may share an ancient form of communication with great apes • 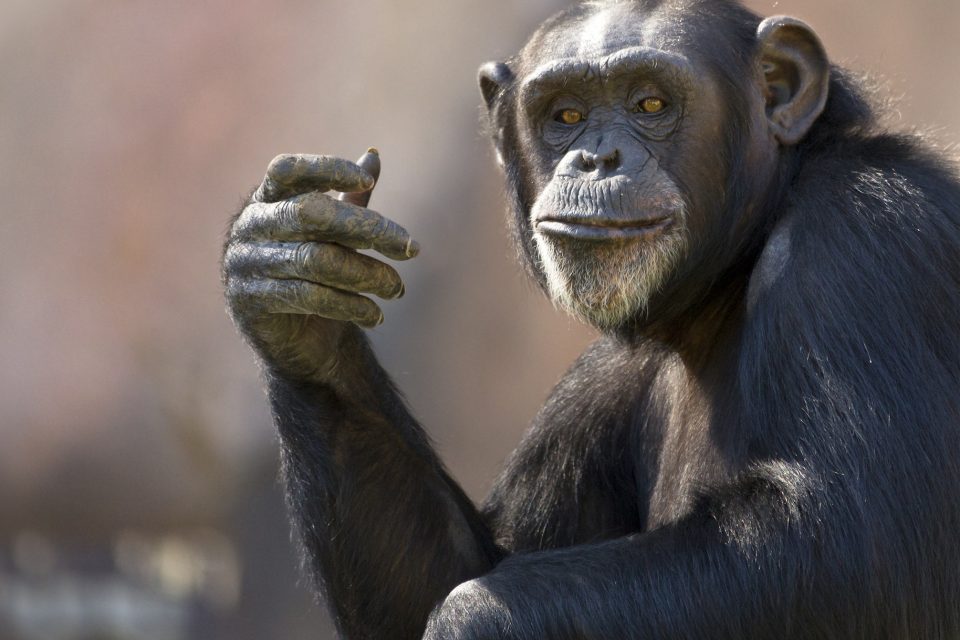 Humans may share an ancient form of communication with great apes

Humans may share an ancient form of communication with great apes. A team of scientists at the University of St. Andrews has been investigating the various gestures used for communication among chimpanzees and bonobos, which are two of the closest related species to humans. After discovering that chimps and bonobos share many of the same gestures, the researchers theorize that this language may have been inherited from our last common ancestor.

Gestures may not be full-blown languages with grammatical rules, but these signals still have meaning. For example, chimpanzees stroke their mouths to request food or raise their arms to request grooming.

While shooting and analyzing videos of wild bonobos in the Democratic Republic of the Congo, the researchers observed signals that were very similar to those used by chimpanzees. In fact, the scientists found that 90 percent of gestures used by bonobos and chimps were shared.

Study lead author Kirsty Graham said that this percentage is significantly higher than what would be expected by chance. She believes the gestures may be part of a basic sign language used by the last common ancestor of humans and apes.

“This gestural communication is probably biologically inherited among the great apes – including humans,” said Graham.

The St. Andrews team has documented the gestures and their meanings in an online collection called the Great Ape Dictionary. They have identified 70 gestures, some of which share the same meaning.

The researchers conducted an experiment where participants watched short video clips of ten common signs made by chimpanzees and bonobos. Presented with four options, the individuals chose the correct meaning of the signals at least 52 percent of the time. According to Graham, some gestures had success rates of over 80 percent, such as when a chimp strokes near its mouth to request food.

A previous study by psychologists at St. Andrews looked for great ape gestures among preverbal children between the ages of one and two years old. The researchers filmed infants in Germany and Uganda as they interacted with parents and caregivers.

Out of 52 types of gestures recorded by the team, almost 90 percent were shared with chimps. “46 of the 52 gestures described for children were also present in the chimpanzee repertoire, an overlap of 89%,” wrote the study authors.

Graham presented the research this week at the European Federation of Primatology meeting in Oxford.