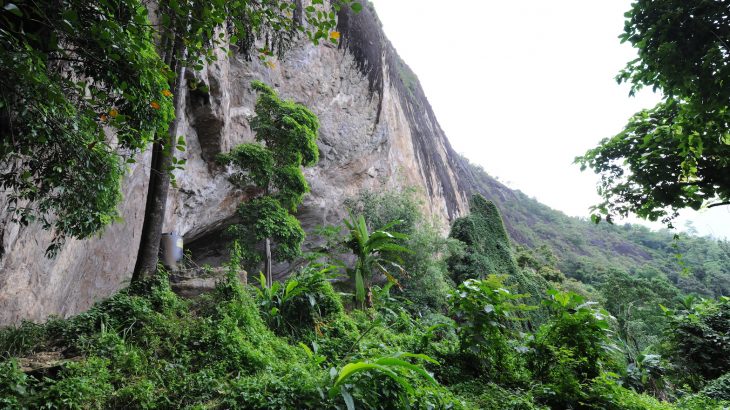 Humans were hunting small mammals in South Asia 45,000 years ago

By hunting small animals, Homo sapiens were able to rapidly adapt and settle in extreme environments that their hominin relatives did not even touch. An international team of researchers has found that humans hunted small mammals such as primates in the forests of Sri Lanka at least 45,000 years ago.

At the oldest archaeological site occupied by humans in Sri Lanka, the experts found evidence of cut-marks and burning alongside sophisticated bone and stone tools. The study, led by scientists from the Max Planck Institute for the Science of Human History, highlights the unique adaptability of Homo sapiens. The research also provides the oldest and longest record of sophisticated primate hunting by foragers.

In discussions of early human dispersal, tropical rainforests have not been explored due to the notion that these areas were isolated barriers to humans with dangerous animals and diseases. There was also a misperception of resources being very limited. The monkeys and squirrels in the forest would have not only been difficult to catch, but would have also provided less protein.

Hunting small animals has long been considered a testament to the complexity of our species, but the onset of this activity has not been widely studied. This is especially the case in tropical regions.

“Over the last two decades, research has highlighted human occupation of tropical rainforests in South Asia, Southeast Asia, and Melanesia at least as early as 45,000 years ago, so the potential for human reliance on small mammals in these settings prior to 20,000 years ago seems likely,” said Dr. Patrick Roberts.

The current study has produced new chronological information through the analysis of animal remains and tools recovered from the Fa-Hien Lena Cave, which is the site of the earliest H. sapiens in Sri Lanka.

Dr. Noel Amano added, “This was complemented by sophisticated bone tool technologies which were, in turn, created from the bones of hunted monkeys.”

The new study suggests that hunters in the region were primarily focused on monkeys and other small mammals over the last 45,000 years.

Professor Michael Petraglia said, “This ‘monkey menu’ was not a one-off, and the use of these difficult-to-catch resources is one more example of the behavioral and technological flexibility of H. sapiens.”