Humans may be top predators now, but we were prey not long ago • 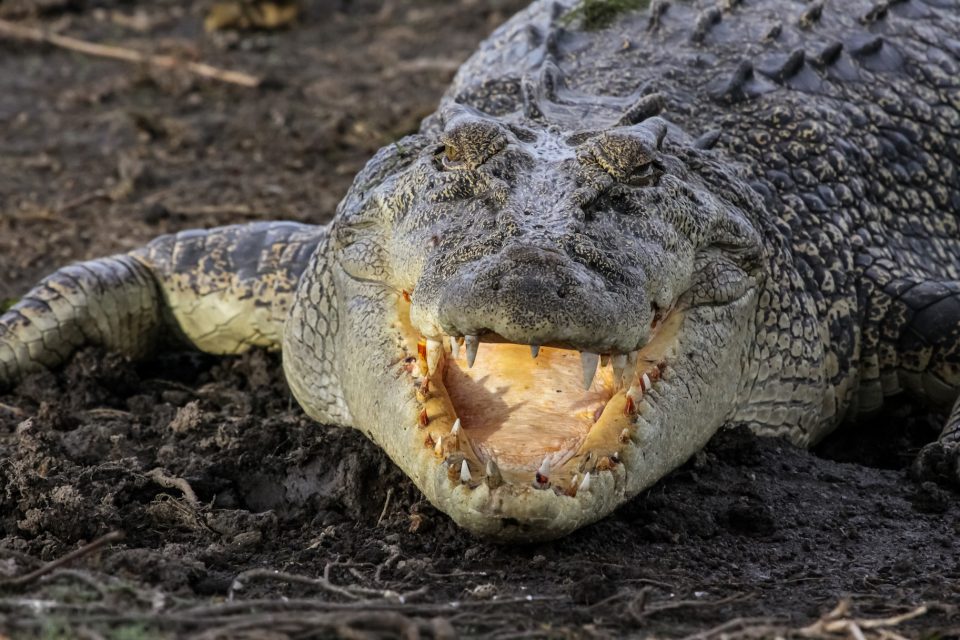 Humans may be top predators now, but we were prey not long ago

Humans may be top predators now, but we were prey not long ago. Often as humans, we seem to focus more on our role as predator and think of times when an animal eats us as something unnatural or out of the ordinary.  This is pretty sensible for most of the world, especially the developed world. Throughout the United States outside of perhaps rural Alaska, there’s little direct animal threat posed to humans.

Sure, people are sometimes killed, even partially consumed by mountain lions, but it’s exceedingly rare. According to Wide Open Spaces, there are only 25 fatal mountain lion attacks on record for North America from 1890 to 2017.  Although it’s much more common, fatal attacks from bears are also rare. Wide Open Spaces reports that the same number, 25 fatal black bear attacks occurred in North America in just 20 years.  When looking at these numbers, it’s important to remember people are much more likely to see a black bear than a mountain lion as well.  I personally have never seen a mountain lion in the wild, but have seen bears, both black and brown a number of times. In a similar vein, USA Today reports that Florida has had only 24 fatal alligator attacks on humans since 1973.

By the numbers, the CDC reports that Americans are most likely to die of heart disease, followed by cancer and accidents. For anyone who wants to go out in an epic battle of human versus the wild, you’ll have to really try hard at it.  Still, this isn’t how it’s always been and a part of our brain knows it.

Remember the fear of a monster under the bed or hiding in your closet as a child?  The fear of the dark? I remember swimming in a muddy reservoir in the summer. The water was cool and deliciously fresh, but something about seeing nothing but darkness beneath my swimming limbs gave me the willies.  These fears might be the moldering remains of survival instincts which allowed our ancestors to survive in a world filled with dangerous predators now largely vanquished. Even old children stories like the Little Red Riding Hood and the Big Bad Wolf or Goldilocks and the Three Bears reflect our very human uneasiness with large predators.

Over the centuries, humans have fought with many big predators and still do.  We’ve decimated populations of bears in North America and before that in Europe.  Once, as many as 50,000 Grizzly Bears lived in the lower 48 states of the US, but now there are only an estimated 1,500 of the bears left.  This represents bears being pushed out of 98% of their original home range. In other parts of the world, humans have killed lions, tigers, leopards, crocodiles even sharks.  In some ways, this fervor of killing is related to an innate fear of animals that can kill us, the so-called monsters of our myths and legends made flesh. We may soon live in a world with nothing to call a monster except ourselves.

Evidence shows that in the distant past, our fears were perhaps very well founded.  In the Olduvai Gorge in Tanzania, ancient human fossils have been found. These fossils aren’t the modern species but represent what is probably an ancestor of Homo sapiens.  In the same area, fossils of an extinct crocodile with interesting ‘horns’ over its eyes have been found as well.  New Scientist reports that tellingly, the crocodile was named, ‘Crocodylus anthropophagus’, Crocodylus of course simply means crocodile.  The species, anthropophagus is a much more sinister name, it means ‘man eater’ in Greek.

Famous paleontologists Mary and Louis Leakey discovered ancient hominid bones in the area with distinctively crocodile bite marks on them, and until Crocodylus anthropophagus was discovered researchers assumed that the wounds had been inflicted by modern Nile Crocodiles.  There is little doubt that C. anthropophagus and other crocodiles threatened our ancestors just as crocodiles and alligators still sometimes threaten humans today.  In Madagascar, I heard stories about a man who travels from village to village killing dangerous crocodiles for a small fee.  Crocodile hunting not only for food but for a feeling of safety must have been much more common in the distant past but crocodiles were far from the only animals threatening humans.

It’s easy to forget that humans evolved from much smaller animals.  We in all probability once looked much like modern monkeys. In the Latin American rainforests, a harpy eagle is still more than capable of catching an incautious monkey from a tree and carrying her away for a meal.

In Africa where humans evolved, there are large monkey hunting raptors as well.  In 2006, Ohio State University scientists studied the bones of 600 monkeys collected below the nest of African Crowned eagles in the Ivory Coast Tai rainforest.  The scientists concluded that the wounds on the monkey bones are similar to and suggestive of wounds found on early human fossils. A famous fossil of Australopithecus africanus (a likely human ancestor) known as the Taung Child found in Africa bears tell-tale talon marks on its skull probably caused by a raptor carrying it away.  The thought of giant birds grabbing us to casually snack on gives more depth to horror fantasies like Alfred Hitchcock’s classic The Birds.  Smithsonian Magazine reports that far from Africa, Maori tribespeople in New Zealand have legends about giant birds that carry children away for food.  Scientists now believe that the Maori legend of the child eating raptor, Te Hokioi, could correlate with a recently extinct but very real bird, the Haast Eagle.  The Haast Eagle could probably have actually killed and eaten children as recently as 500 years ago. In other places, giant land walking birds like Madagascar’s elephant bird aren’t hard to imagine as threats to human safety.

In the Americas, there are strong oral traditions of wolves killing humans and it seems at least possible that in the distant past of Europe as well as North America this was a very real possibility.  To discount the idea simply because it virtually never happens today is to ignore the very different situation of our distant past. Wolves have been eradicated from most of their range and have very good reasons to be afraid of humans.  Folklore and even modern movies show that the fear goes both ways.

Despite the façade of modernity and a world under technical human control, being alone in the dark far from others can show us a different side of humanity.  Alone in unfamiliar places we quickly become more cautious, more observant and sometimes even fearful. The genes that helped us survive a much more savage world still whisper to us the truth in the dark; we were prey before we were top predators.