Mountain lions are afraid of humans, flee when they hear voices • Earth.com 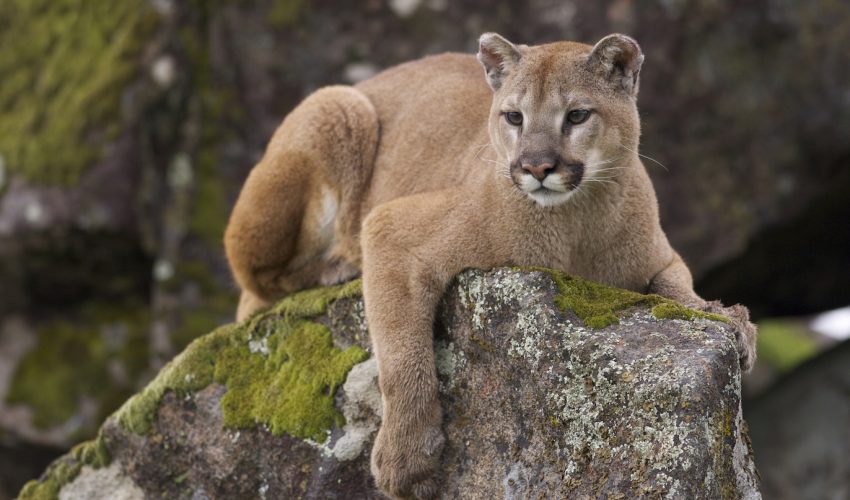 Mountain lions are afraid of humans, flee when they hear voices

Mountain lions don’t like encountering humans any more than humans like bumping into them on hiking trails, a new study found.

The findings are particularly valuable as human development encroaches on lion habitat and drives up the number of human-puma encounters, the authors said.

“We exposed pumas in the Santa Cruz mountains to the sound of human voices to see if they would react with fear and flee, and the results were striking,” said Justine Smith, lead author of the paper published in the online edition of the journal Proceedings of the Royal Society B. “They were definitely afraid of humans.”

Smith, who led the study as a graduate student in environmental studies at UC Santa Cruz, and her colleagues placed audio equipment at puma kill sites in the Santa Cruz Mountains.

“We found that pumas almost always ran from the sound of humans–and almost never ran from the sound of frogs,” said Smith, now a postdoctoral researcher at UC Berkeley. In 29 experiments involving 17 pumas, the pumas fled in 83 percent of the time as soon as they heard human voices, and only once upon hearing frogs.

The study also reveals changes in puma feeding behavior that could have implications for their well-being in human-dominated landscapes, as well as their impact on prey populations, particularly deer. The results build on previous work showing higher kill rates and lower feeding times in more human-populated areas.

“We found that pumas took longer to return to their kills after hearing people, and subsequently reduced their feeding on kills by about half,” said Smith. “Those behavioral changes are significant, as our previous work has shown that they cause pumas to increase their kill rates by 36 percent in areas with high human activity.”

It is the first study to experimentally link the fear of humans to feeding behavior in large carnivores, said Chris Wilmers, Associate Professor of Environmental Studies at UC Santa Cruz and a senior author on the study.

“Fear is the mechanism behind an ecological cascade that goes from humans to pumas to increased puma predation on deer,” said Wilmers, a wildlife ecologist who studies the cascading effects large carnivores can have on their prey. “We’re seeing that human disturbance–beyond hunting–may alter the ecological role of large carnivores. As we encroach on lion habitat, our presence will likely affect the link between top predators and their prey.”