Humans are not the only primates to carefully select friends • Earth.com 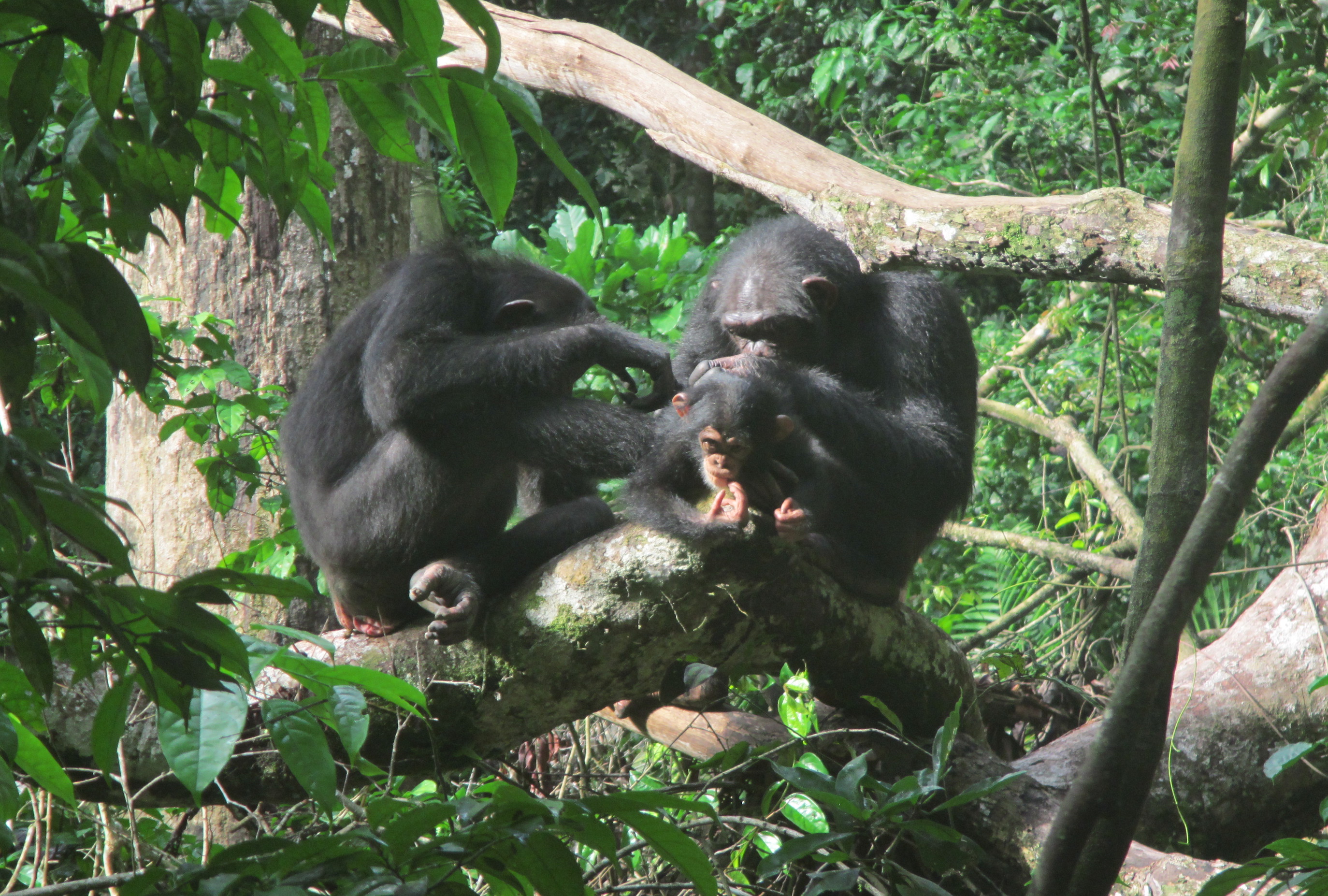 Humans are not the only primates to carefully select friends

Many non-human primates live in social groups that revolve around cooperation and the exchange of services much like humans do. Grooming interactions are particularly important in this type of social system because they can be exchanged for some of the most important services, such as food or support during a fight.

Grooming time is limited, so individuals aim to select the best grooming partner from all available candidates. However, the success of the grooming interaction also depends on the audience. For example, if the partner has a friend in the audience, the friend may try to interfere or the partner may choose to leave the grooming session early – wasting the time and effort of the groomer.

Primatologist Alexander Mielke and his team from the Max Planck Institute for Evolutionary Anthropology have studied the social behavior of chimpanzees and sooty mangabeys at Taï National Park. The researchers wanted to know what is taken into account when these animals select a grooming partner, and also whether a nearby audience has any influence on this decision.

As part of the Taï Chimpanzee Project, the researchers collected data in two chimpanzee communities and one mangabey community, analyzing data that had been previously collected to determine the social relationships and ranks of the individuals.

“Choosing a grooming partner from among ten, fifteen possible candidates – some of them friends, high-ranking, or with babies – is a very difficult task indeed,” explained study first author Alexander Mielke. “And yet individuals from both species, chimpanzee and sooty mangabey, chose their partner flexibly.”

“Both mangabeys and chimpanzees actually preferred grooming mothers with babies, something we did not know was the case in chimpanzees. Both species used grooming for reconciliation, and both species groomed their friends more.”

“Most strikingly, in both species grooming choices depended strongly on the social environment. The animals avoided grooming individuals with close friends nearby, possibly because these friends might interrupt the grooming interaction, or because their potential partner might prefer to go and groom these friends.”

Mielke said that individuals also chose partners who were higher-ranking compared to other potential partners, regardless of their overall rank in the community.

“This shows that both species are flexible when it comes to taking a decision, and that individuals use the information they have about all available partners,” he explained. “Yet they also consider the wider social circumstances, and adapt their choice to maximize their own benefit.”

The findings of the study demonstrate that primates are aware of the ranks and social relationships of possible partners, and they also judge individuals flexibly and simultaneously to choose the best option.

“The fact that we found these results in both mangabeys and chimpanzees might indicate that this impressive cognitive feat is more widespread amongst primates than previously known,” said Mielke.

“Grooming is an important part of primate cooperation and choosing the best partner in a specific situation is a vital skill. As in humans, primate social groups consist of many individuals, each with their own status, own objectives, own history.”

“This study gives further evidence that at least mangabeys and chimpanzees are equipped with the cognitive abilities to navigate and thrive in this complex social world.”