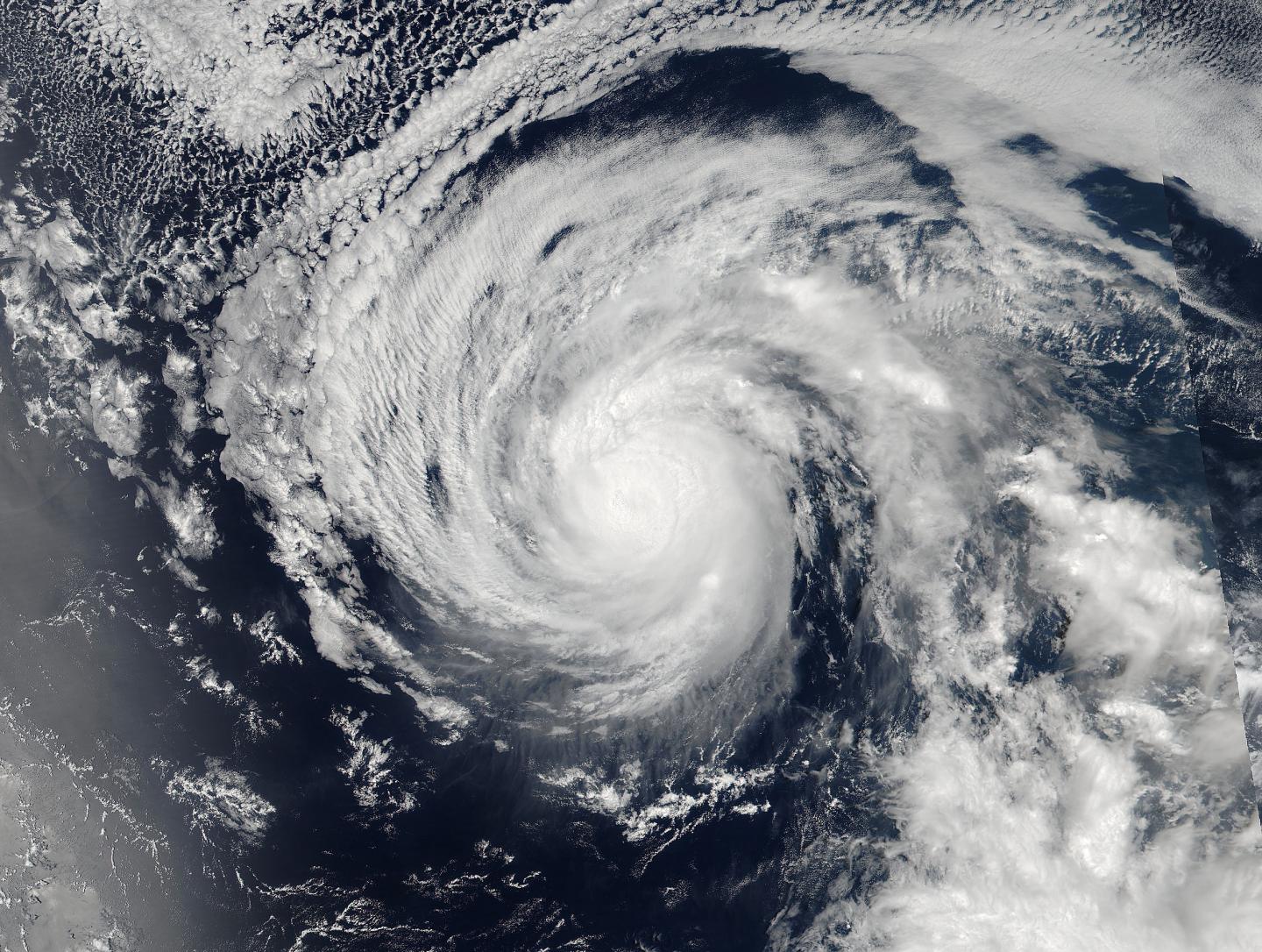 When NASA-NOAA’s Suomi NPP satellite passed over hurricane Lester it was on the verge of becoming a major hurricane. That happened less than 12 hours later.

On Aug. 28 at 6:05 p.m. EDT (2205 UTC) the Visible Infrared Imaging Radiometer Suite (VIIRS) instrument aboard NASA-NOAA’s Suomi NPP satellite captured an image of Hurricane Lester as it was strengthening and organizing in the Eastern Pacific Ocean. The image showed the system was developing a well-defined circulation and a cloud-filled eye. The image also revealed strong thunderstorms wrapping tightly into the low-level center.

Less than 12 hours later by 5 a.m. EDT on Aug. 29, Lester became a major hurricane hitting Category 3 status on the Saffir-Simpson Hurricane Wind Scale. At that time the ragged eye that had formed earlier had cleared out, exposing the eye to satellites. Lester has become the fourth major hurricane of the 2016 eastern North Pacific hurricane season.

The National Hurricane Center (NHC) said that Lester is moving toward the west near 15 mph (24 kph), and this general motion is expected to continue for the next couple of days. Maximum sustained winds have increased to near 115 mph (185 kph) with higher gusts.

NHC forecasters noted that little change in strength is expected today, but slow weakening is expected to begin by Tuesday, Aug. 30.

For updates on Lester, visit the NHC website: http://www.nhc.noaa.gov.