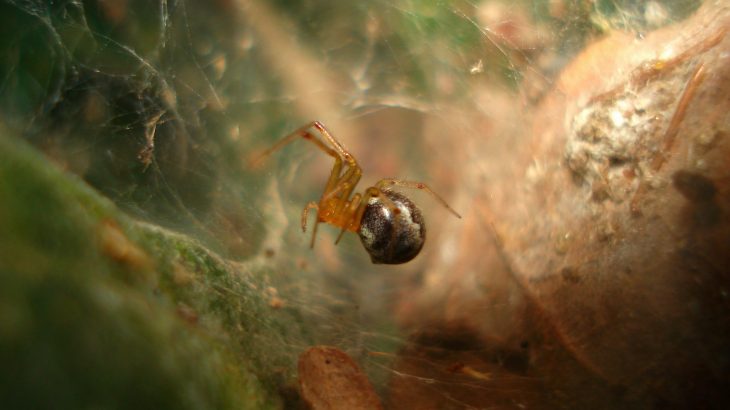 Extreme weather events may drive evolutionary changes in spiders, according to a new study.

In areas prone to tropical cyclones, hurricanes, and other extreme weather events, habitats can drastically change after a storm. Fallen trees and debris can cover the ground, forcing wildlife to adjust and adapt to new environmental pressures.

Researchers from McMaster University set out to investigate the impacts that extreme weather events have on colonies of Anelosimus studiosus spiders. A. studiosus spiders inhabit the Gulf and Atlantic coasts, areas that are prone to storms from May through November.

These are also regions where the severity and frequency of storms are projected to increase due to climate change.

“It is tremendously important to understand the environmental impacts of these ‘black swan’ weather events on evolution and natural selection,” said Jonathan Pruitt, the lead author of the study. “Now more than ever, we need to contend with what the ecological and evolutionary impacts of these storms will be for non-human animals.”

For the study, the researchers first had to determine a storm’s trajectory and sample spider colonies directly in that path before and after the storm made landfall.

240 colonies were sampled in the study and compared to control areas.

A. studiosus spiders can be either docile or aggressive. Aggressive colonies quickly respond to prey, cannibalize eggs and male members of the colony, and fare better when resources are scarce.

However, aggressive spiders are also more likely to fight with others in the colony when food is lacking.

The researchers found that after a storm, aggressive spiders had a better chance of survival and adapting to new stressors.

“Aggressiveness is passed down through generations in these colonies, from parent to daughter, and is a major factor in their survival and ability to reproduce,” said Pruitt.

Aggressive colonies produced more eggs and had higher levels of spiderlings survive as the seasons changed to winter. This was a trend witnessed through several storms.

The researchers published their findings in the journal Nature Ecology & Evolution.