What makes ice melt so rapidly off the coast of Greenland? • Earth.com 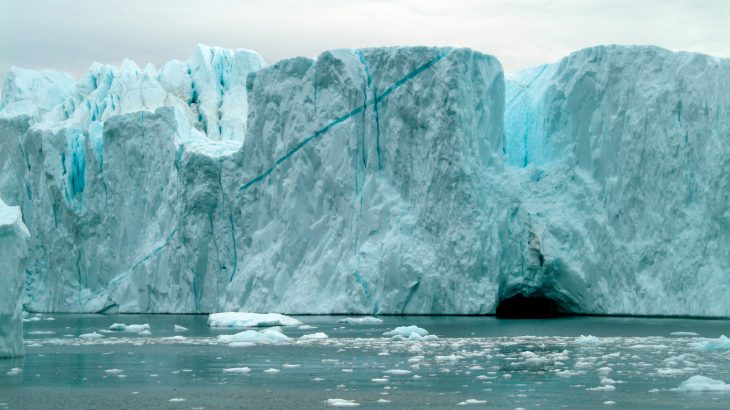 What makes ice melt so rapidly off the coast of Greenland?

Researchers working on NASA’s Oceans Melting Greenland (OMG) campaign have been flying over the coast of Greenland and dropping scientific probes into the surrounding water. The five-year project was designed to help scientists gain a better understanding of how Greenland’s rapid ice loss is influenced by the ocean.

The team has collected measurements three times a year since 2016. During the spring, an aircraft measures the height of the ice sheet, while instruments are deployed by boat to map the seafloor around Greenland in the summer.

During the fall, a team of OMG researchers led by principal investigator Josh Willis drop as many as 250 biodegradable probes from airplanes into very specific sites along the coastline. The goal is to measure the temperature of the water touching Greenland’s glaciers.

The weather conditions at a particular drop site are impossible to know in advance. Willis explained, “If fog is low and we can’t see that the water is clear of icebergs and people and whales, we can’t drop.” At this point, the researchers would look for a similar site, or would simply move on to the next target.

Sea ice poses another major obstacle. The probes only weigh 14 pounds, which would not allow them to break through a site that is covered in ice.

Many potential targets are located in areas where the sea ice has been broken up by large icebergs or has pulled away from the shore. When this happens, Willis must weigh the value of the probe – which may miss open water – versus the significance of data from that could be obtained from that particular location.

“There’s always one or two spots where it seems impossible that we’ll get a probe to fall between the icebergs and report data. And then we do,” said Willis. “Those Mission Impossible moments are pretty sweet.”

So far, the probes have provided experts with invaluable information. “We’ve had such spectacular success so far, I can hardly believe we get to do this for two more years,” said Willis. “I’m like a kid in a candy store.”