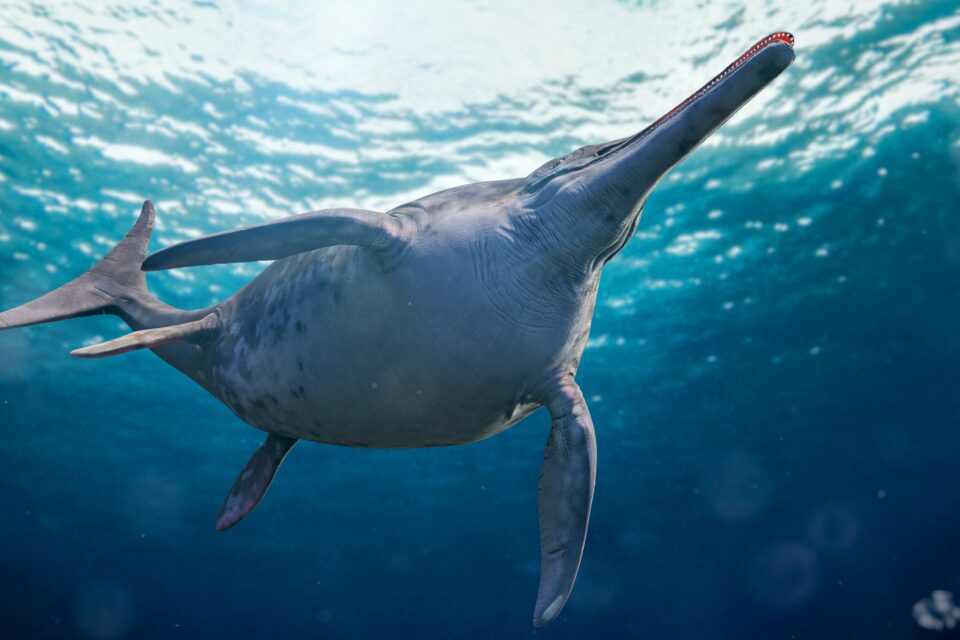 Over 200 years ago, Ichthyosaurs were discovered by Mary Anning at Lyme Regis, England. Anning sold the first Ichthyosaur fossil she found for enough money to support her family for six months and thus began her life as a celebrated commercial paleontologist.

Ichthyosaur means “fish lizard,” reflecting the different features embodied by the animal, which seems to almost be a reptilian dolphin. Although all Ichthyosaurs share similar traits, there are differences as well. Some of Anning’s specimens have long, slender snouts, while others have short, stout ones.

New research is shedding light on some of these old Ichthyosaur specimens. A study from the University of Bristol shows that Ichthyosaurs may have had different diets.

“Our idea was to CT scan the specimens,” said Dr. Ben Moon, of Bristol’s School of Earth Sciences and a supervisor of the study. “The scans allow us to make a detailed, 3D model of the skull in the computer, and it can then be tested for the likely forces experienced during biting.”

Professor Benton noted that modern marine predators comparable to Ichthyosaur (like orcas and sharks) eat whatever they can, so it’s interesting that these marine reptiles had specialized feeding habits. “The work can be extended to explore other marine reptiles such as plesiosaurs and crocodiles, so we get a detailed picture of these amazing and alien worlds of the Jurassic oceans.”

The study is published in the Journal of Anatomy