First ever impact crater to be found under Greenland ice sheet • Earth.com 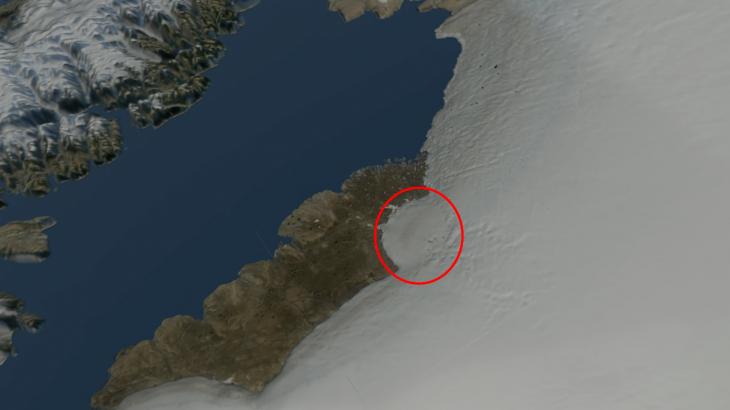 First ever impact crater to be found under Greenland ice sheet

A team of international researchers assembled by the Centre for GeoGenetics at the Natural History Museum of Denmark, University of Copenhagen unearthed a massive impact crater beneath northern Greenland’s ice sheet. The crater measures about 31-kilometers (19.3-miles) wide — an expanse greater than Paris. This is the first time a crater has ever been found under a continental ice sheet.

Researchers made their initial discovery in July 2015, and have been working to verify it for the past three years. Now, they are able to publish their findings in the journal Science Advances. The team predicts that the crater was formed when a kilometer-sized meteorite crash landed in Greenland and has been concealed by about a kilometer of ice. 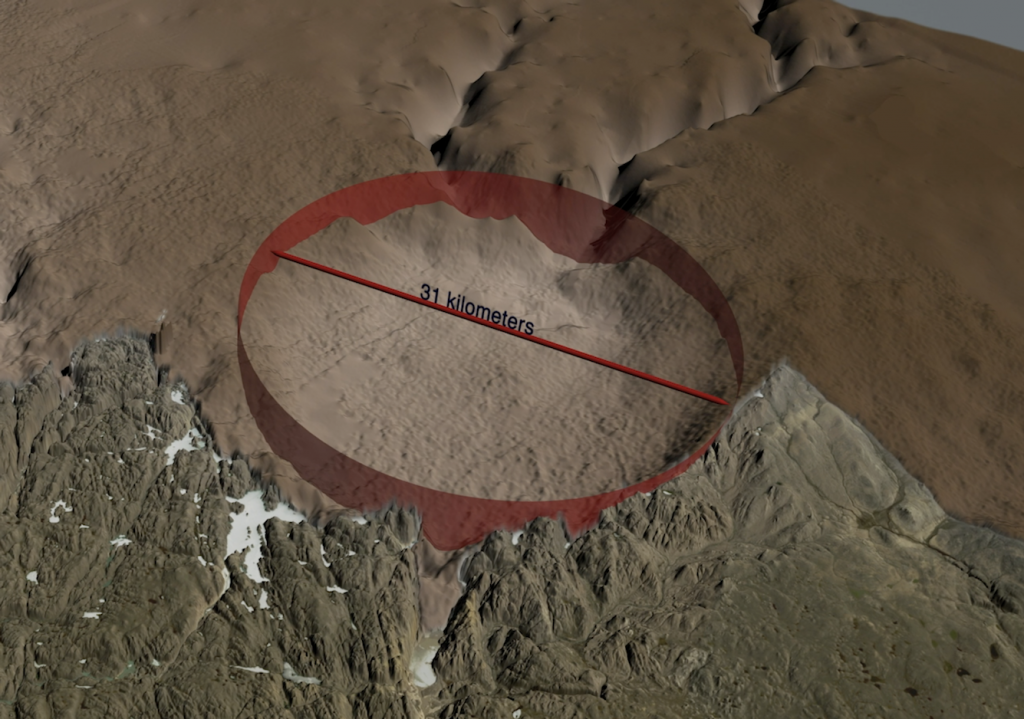 Map of the bedrock beneath the ice sheet, Image Credit: The Natural History Museum of Denmark

Professor Kurt H. Kjær from the Center for GeoGenetics at the Natural History Museum of Denmark said, “The crater is exceptionally well-preserved, and that is surprising, because glacier ice is an incredibly efficient erosive agent that would have quickly removed traces of the impact. But that means the crater must be rather young from a geological perspective.”

He continued, “So far, it has not been possible to date the crater directly, but its condition strongly suggests that it formed after ice began to cover Greenland, so younger than 3 million years old and possibly as recently as 12,000 years ago — toward the end of the last ice age.”

The impact occurred near the Hiawatha Glacier in northern Greenland, and is large enough to have affected the Earth’s climate and species at the time. Once the team is able to accurate the date the meteorite, they can move on to determining how exactly the impact affected the world around it.