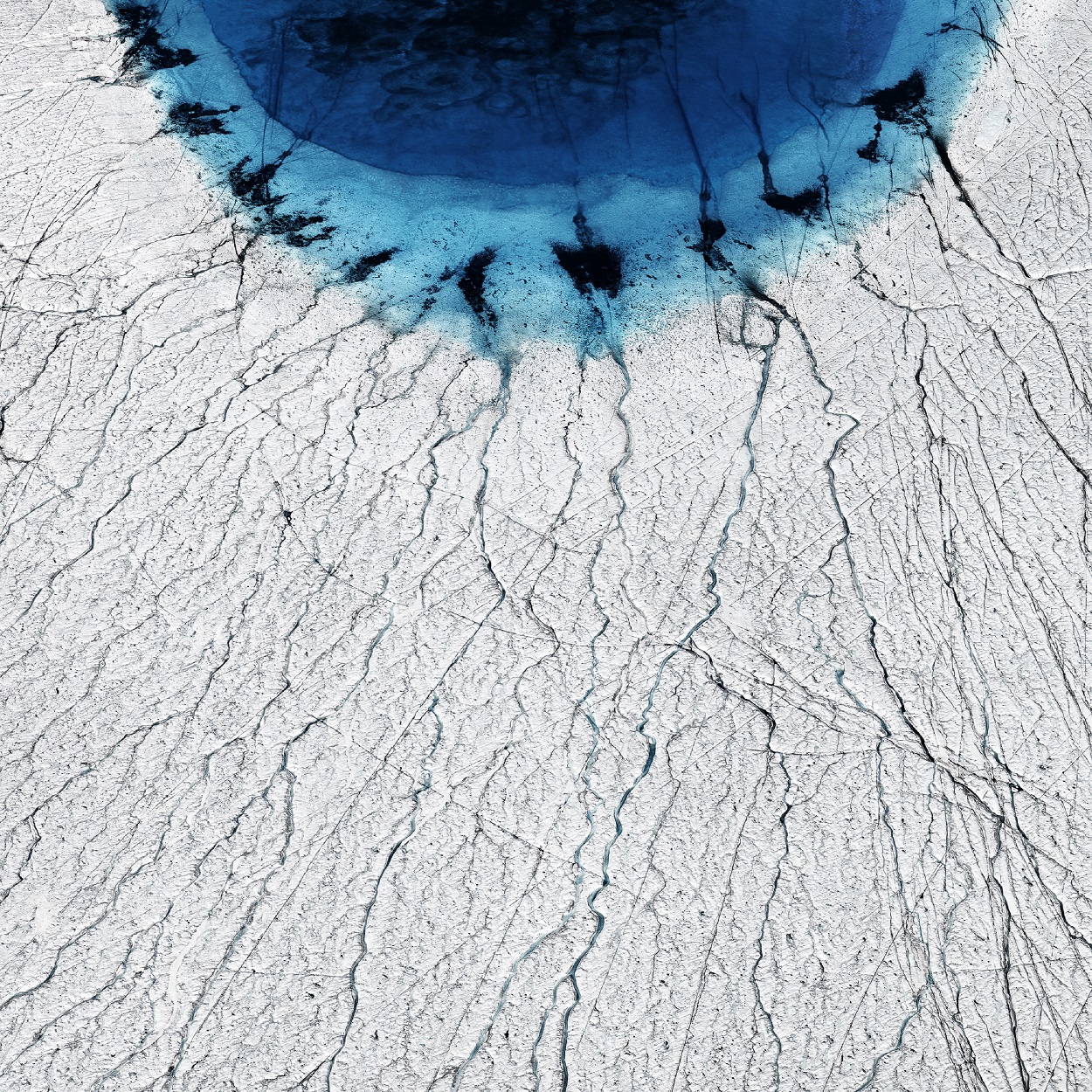 An international team of scientists led by the University of Cambridge has discovered that lakes on the Greenland ice sheet are draining in a rapid chain reaction. This abrupt activity accelerates the flow of the massive ice sheet, ultimately threatening its stability.

“The transformation of forces within the ice sheet when lakes drain is sudden and dramatic,” said co-author Dr. Marion Bougamont. “Lakes that drain in one area produce fractures that cause more lakes to drain somewhere elsewhere. It all adds up when you look at the pathways of water underneath the ice.”

Lakes form on the surface of the Greenland ice sheet each summer as temperatures rise. They can last for several months, but drain in just a matter of hours through more than a kilometer of ice. This process shifts huge quantities of water that heat the base of the ice sheet.

“This growing network of melt lakes, which currently extends more than 100 kilometers inland and reaches elevations as high a 2,000 meters above sea level, poses a threat for the long-term stability of the Greenland ice sheet,” said study lead author Dr. Poul Christoffersen.

“This ice sheet, which covers 1.7 million square kilometers, was relatively stable 25 years ago, but now loses one billion tons of ice every day. This causes one millimeter of global sea level rise per year, a rate which is much faster than what was predicted only a few years ago.”

This study is the first to show that these lakes are not draining in an isolated fashion. The researchers have found that the lakes form a massive network and become increasingly interconnected as the weather warms.

The cascading events can be quite extreme, including one occasion when 124 lakes drained in just five days. These meltwater conditions can speed up the flow of the ice sheet by as much as 400 percent.

“Transfer of water and heat from surface to the bed can escalate extremely rapidly due to a chain reaction,” said Dr. Christoffersen. “In one case we found all but one of 59 observed lakes drained in a single cascading event. Most of the melt lakes drain in this dynamic way.”

The researchers examined satellite images at a high resolution to confirm that fractures on the surface of the ice sheet open up when cascading lake drainage occurs.

“This aspect of our work is quite worrying,” said Dr. Christoffersen. “We found clear evidence of these crevasses at 1,800 metres above sea level and as far 135 kilometers inland from the ice margin. This is much farther inland than previously considered possible.”