In tropical forests, lightning strikes the most resilient trees • Earth.com 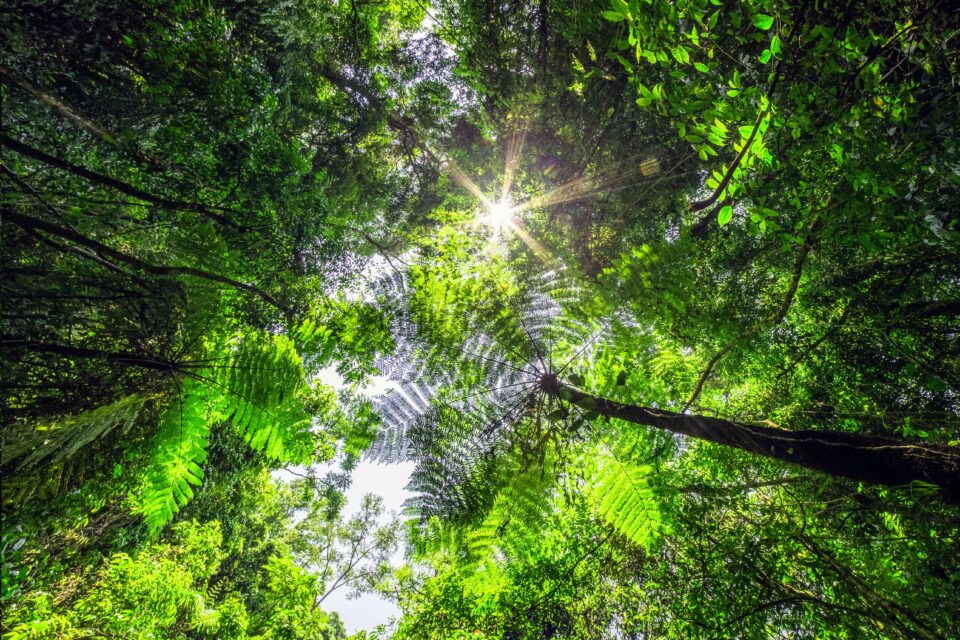 Lightning may influence the composition of tropical forests, according to a new study led by Steve Yanoviak of the Smithsonian Tropical Research Institute. The results of the study suggest that the tropical trees which are most likely to be struck are also the most resilient to lightning strikes.

Over the course of several years, a team of lightning scientists and tropical field biologists analyzed the effects of lightning strikes on the Panama Canal forests of the Barro Colorado Nature Monument.

The researchers estimate that lightning strikes tropical trees millions of times a year. Considering that lightning is expected to become more frequent in the coming years, the experts set out to investigate how susceptibility to lightning may vary across tree species.

According to the researchers, the most lightning-resistant tree species had a few things in common including denser wood, larger vessels for transporting water, and leaves that were richer in nitrogen.

The fact that tree species with a greater capacity for removing carbon dioxide from the atmosphere also seem to more capable of surviving lightning damage comes as a welcome discovery as greenhouse gas emissions continue to rise.

“The results of this study are especially interesting because they suggest that changes in lightning strike frequency can influence the composition of tropical forests over the long term,” said Yanoviak.