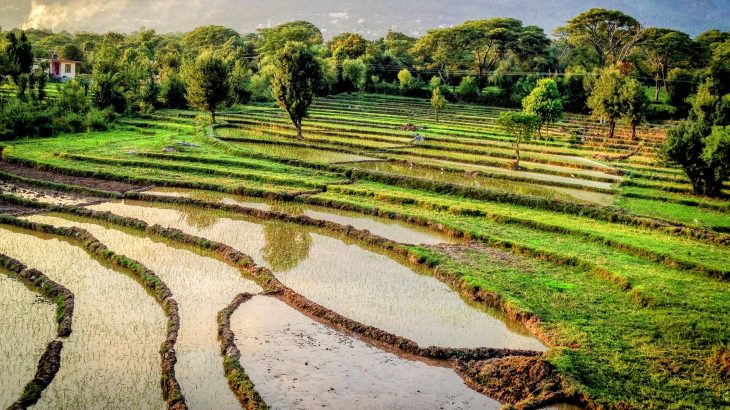 At the current rate of global warming, India’s monsoon rainfall will become more intense and less predictable. A new study from the Potsdam Institute for Climate Impact Research predicts that India will endure more extremely wet years in the future, with major consequences for more than a billion people.

“As one of the integral components of the global climate system, the Indian monsoon provides water to the densely populated region of South Asia. About 80% of the annual precipitation over India occurs during the summer period supplying water to the crops during the prime agricultural season,” explained the study authors.

To investigate how India’s rainfall will change as a result of global warming, the scientists compared more than 30 advanced climate models from all over the world.

“We have found robust evidence for an exponential dependence: For every degree Celsius of warming, monsoon rainfalls will likely increase by about 5%,” said study lead author Anja Katzenberger.

“Hereby we were also able to confirm previous studies but find that global warming is increasing monsoon rainfall in India even more than previously thought. It is dominating monsoon dynamics in the 21st century.”

The researchers explained that crop yields – especially rice yields – are highly sensitive to the monsoon rainfall variability. This means that more rainfall could do a lot of damage to the overall health and economic well-being of people across India.

“Crops need water especially in the initial growing period, but too much rainfall during other growing states can harm plants – including rice on which the majority of India’s population is depending for sustenance. This makes the Indian economy and food system highly sensitive to volatile monsoon patterns,” explained study co-author Julia Pongratz.

The intensification of monsoon rainfall in India is directly tied to human activities. Human disturbances began to overtake slow natural changes beginning in the 1950s.

For the first few decades of human-induced climate changes, aerosols played a role in blocking sunlight, which led to less rainfall. But in 1980, heat-trapping greenhouse gases took over, driving heavier and less predictable monsoon rainfall.

Study co-author Professor Anders Levermann is a climate scientist at the Potsdam Institute for Climate Impact Research and Columbia University.

“We see more and more that climate change is about unpredictable weather extremes and their serious consequences,” said Professor Levermann. “Because what is really on the line is the socio-economic well-being of the Indian subcontinent. A more chaotic monsoon season poses a threat to the agriculture and economy in the region and should be a wakeup call for policy makers to drastically cut greenhouse gas emissions worldwide.”

The study is published in the journal Earth System Dynamics.