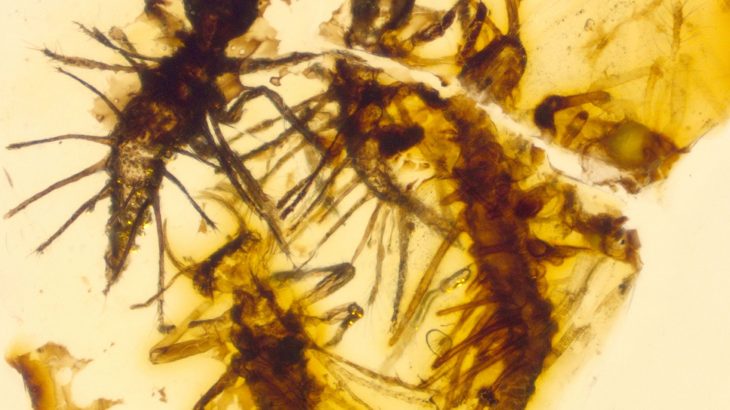 A new study from the University of Oxford has found the first direct evidence of how ancient insects hatched. The researchers observed structures used for egg hatching that can be traced back tens of millions of years to a newly described species called Tragichrysa ovoruptora, which means “egg breaking” and “tragic green lacewing.”

The experts found several green lacewing newborn larvae preserved inside of a piece of 130 million-year-old Lebanese amber. The team found the split egg shells from where they hatched, and also identified minute structures known as egg bursters that were used by the hatchlings to crack the eggs.

This is the first time that these specialized structures have ever been definitively documented in the fossil record of egg-laying animals.

“Egg-laying animals such as many arthropods and vertebrates use egg bursters to break the egg surface during hatching; a famous example is the ‘egg tooth’ on the beak of newborn chicks,” explained Dr. Pérez-de la Fuente. “Egg bursters are diverse in shape and location. Modern green lacewing hatchlings split the egg with a ‘mask’ bearing a jagged blade. Once used, this ‘mask’ is shed and left attached to the empty egg shell, which is exactly what we found in the amber together with the newborns.” 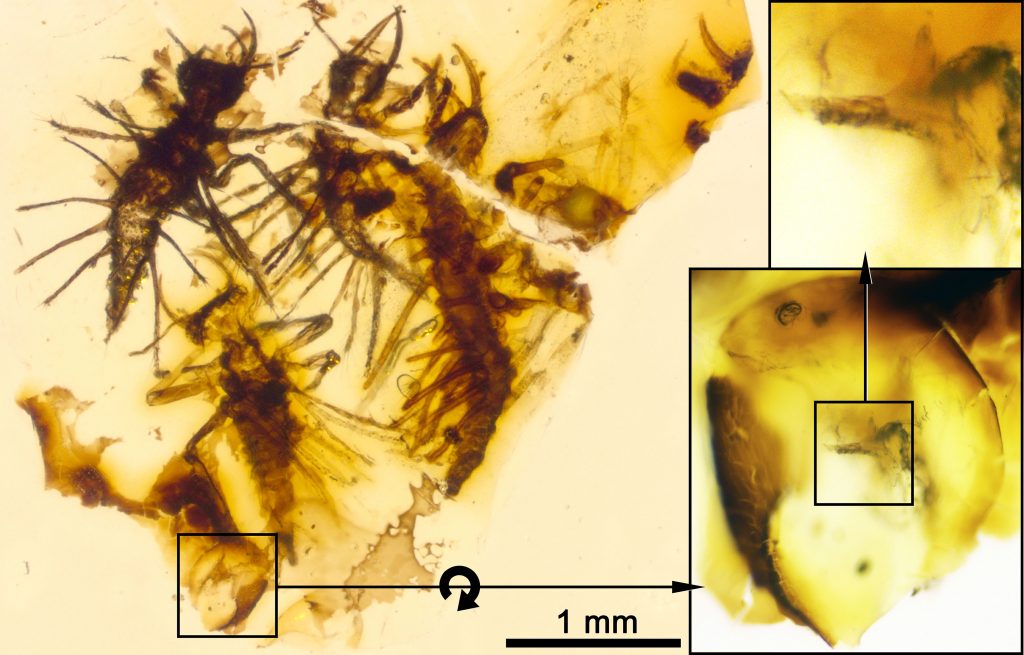 Image Credit: Modified from the open access article published in Palaeontology: ‘The hatching mechanism of 130-million-year-old insects: an association of neonates, egg shells, and egg bursters in Lebanese amber’

Green lacewing larvae are small predators that use sickle-shaped jaws to pierce and suck the fluids of their prey. While the larvae trapped in the ancient amber are significantly different from their modern-day relatives, the egg shells and egg bursters examined in the study are remarkably similar to those of today’s green lacewings. The T. ovoruptora larvae appear to have been trapped by resin while clutching the eggs from which they had just hatched.

Study co-author Dr. Michael S. Engel from the University of Kansas said, “The process of hatching is ephemeral and the structures that make it possible tend to disappear quickly once egg-laying animals hatch, so obtaining fossil evidence of them is truly exceptional.”

The research is published in the journal Palaeontology.