The internet is changing our brains - but is it for better or worse? • Earth.com 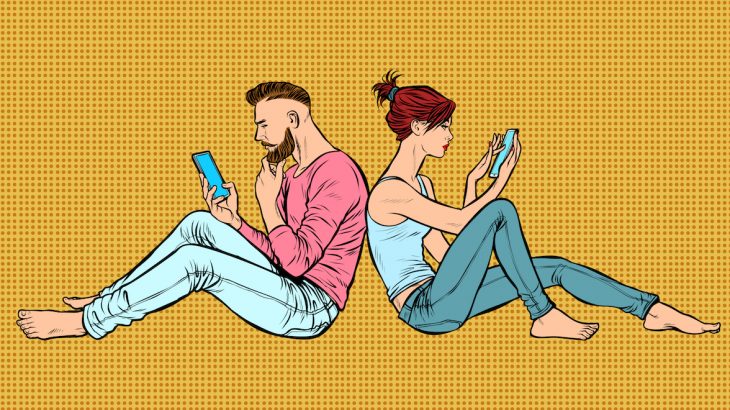 The internet is changing our brains – but is it for better or worse?

One of the most amazing aspects of the internet is its ability to contain all of the useful and useless information we could ever hope to know. Along with storing all of the world’s knowledge, the internet also provides us with constant sources of entertainment that our ancestors would never be able to fathom.

But despite all of these benefits, a new study has found numerous negative impacts that access to the internet has on our memories, attention span, and social cognition.

The research was published in the journal World Psychiatry, and assesses the effect of the online world on how our brains function.

“The bombardment of stimuli via the internet, and the resultant divided attention commonly experienced, presents a range of concerns,” Professor Jerome Sarris, an author on the paper, told Medical News Today. “I believe that this, along with the increasing #Instagramification of society, has the ability to alter both the structure and functioning of the brain, while potentially also altering our social fabric.”

In this study, researchers found that people have become less and less likely to memorize information. A review of one study found that people are more likely to know where information could be found online, rather than the content itself. However, this isn’t necessarily all bad. While people may be more reliant on the internet, it has been suggested that this could free up brain power to be used on other (hopefully) more important tasks.

The review also found that people who regularly multitask online have a hard time focusing on a single task.

“The limitless stream of prompts and notifications from the internet encourages us towards constantly holding a divided attention ⁠— which then, in turn, may decrease our capacity for maintaining concentration on a single task,” explains Joseph Firth, an author on the study.

When examining the differences between online and offline social interaction for this study, the researchers separated relationships into five hierarchical layers: primary partners, intimate relationships, best friends, close friends, and all friends. These groups range from 1 to 150 people in size, but the study showed they appeared to be the same online as they are offline.

“Given the evidence above, an appropriate metaphor for the relationship between online and real‐world sociality could be a ‘new playing field for the same game,” the authors explain.

Although they may be similar in some senses, offline and online relationships do have differences. In online relationships, acceptance and rejection can be quantified in “friends” or “followers”, rather than staying ambiguous. The internet also showcases the experiences of “hyper-successful individuals” which can lead to unrealistic expectations for younger people. And if you have ever looked at apps like Instagram, it’s not surprising that constantly viewing the highlight reels of other people’s lives may make some feel inadequate.

Ultimately, the internet has numerous benefits and has led to technological and societal potential that never before seemed possible. But while you’re scrolling and enjoying the content the internet has to offer, try to stay aware of the real world around you as well.