Invasive fungus skips the brain and goes right for the jaw of its ant host • Earth.com 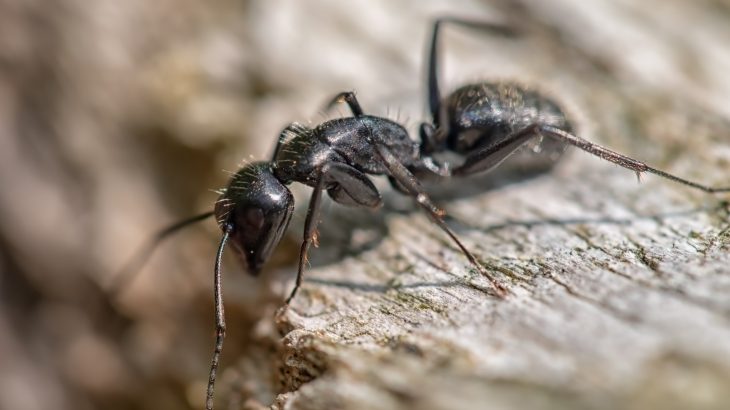 In the animal kingdom, there are many examples of parasitic plants and animals that can turn their hosts into zombie-like creatures. Sometimes the host is used as a vessel for the parasites’ offspring or to spread fungal spores to other victims.

The fungus Ophiocordyceps unilateralis sensu lato is one such specialized invasive organism.

Once infected, carpenter ants will isolate themselves and climb a tall blade of grass, leaf or twig, and latch onto the vegetation with its mandibles until it dies. The fungus then consumes its host and releases its spores to infect other ants below.

In a new study, researchers from Pennsylvania State University have discovered how the fungus can take control of its carpenter ant host. As the ant loses all control over its muscles, it was thought that the fungus attacked the nervous system and brain.

However, the fungus bypasses the nervous system and goes right for the powerful jaw muscles that control the mandible, forcing the ant to clamp down and stay put.

The researchers were able to study the fungus in a lab setting and discover how exactly the ant host is infected.

Ophiocordyceps unilateralis sensu lato can only infect a host that is roaming free outside of the nest and is only able to survive in humid conditions. The researchers recreated a humid and warm environment in a lab and collected spores to infect other carpenter ants.

Once an ant was infected and clamped down on a piece of foliage, the researchers froze the dying ant, removed and preserved the jaw muscles, and analyzed the mandible muscles using an electron microscope.

The researchers saw that the fungus penetrated the muscles but didn’t attack the nervous system.

The study helps shed light on how an invasive fungus infects carpenter ants, but there are still many unknowns in this complex and toxic relationship.

“The next steps we want to take include isolating those vesicles and determining whether they are coming from the fungus or the host,” said Colleen Mangold, the lead author of the study.

The study findings were published in the Journal of Experimental Biology.