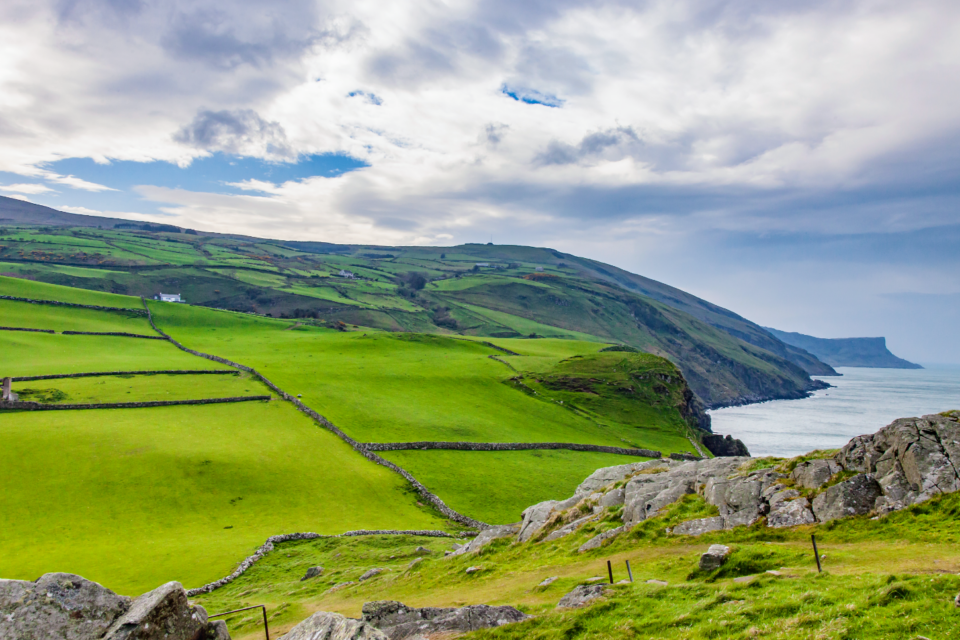 Archaeologists are often interested in the extent to which human populations are impacted by environmental perturbations, such as floods, famines, heat waves and disease. They propose that events such as the Plague of 1347-1351, the 1815 eruption of Tambora in Indonesia, and the climatic downturns of the Little Ice Age affected human populations through changes in food availability, agriculture and population migrations.

However, evaluating the long-term impacts of environmental change on past societies is often not possible through examination of the archaeological record because this usually lacks the temporal and spatial resolution to link such changes to exact historical events. We like the idea that climate change leads to social and cultural transformations, but there has not been a lot of evidence to support this.

Now, in a new study published today in the journal PLoS ONE, Gill Plunkett and Graeme Swindles of Queen’s University Belfast, Northern Ireland, challenge the perception that human societies have been vulnerable to past environmental change. The researchers investigated an upland site on the Antrim Plateau in the north of Ireland that was inhabited for over 1,000 years and, by reconstructing the paleoenvironmental and land use history of the site, show that human populations can be resilient in the face of environmental changes.

The researchers analyzed the uppermost horizons of a peat core, collected from a marginal site at the Slieveanorra bog in 2003. The core was 5mm in diameter and the section analysed spanned the past millennium in terms of time. They were able to infer past environmental and human occupation changes from the evidence of microbes and the pollen of natural plants and crop plants present in the peat. The experts were also able to use historically-dated volcanic ash markers and historical accounts to identify precisely the timing of past calamities such as the Black Death and the Great Potato Famine.

The last millennium was a difficult time for Irish people in this location. They experienced many climate swings, along with epidemics, famines, skirmishes and invasions. And yet the researchers’ record from the upland site reveals no evidence of long-term disruption to human occupation related to environmental changes.

Instead, the Slieveanorra pollen record shows a long tradition of land use in the Antrim uplands that extends as far back as the 12th century. According to the study authors, the occupation of the area continues through several major climate fluctuations, including the severest centuries of the Little Ice Age. This reveals that “the community occupying this seemingly remote and marginal environment in northeast Ireland was resilient to a range of climatic, environmental and social challenges during the last millennium,” they explained.

The results reflect a community that was able to either escape the effects of environmental change, or to rebound quickly. This surprising resilience from a relatively remote location was likely the result of social factors – such as agricultural and trade practices – which made the community flexible and adaptable.

The researchers suggest that, in the face of environmental change, not all human communities respond the same way, and this variation is likely to be linked to social conditions prevalent for each respective population. Understanding this complexity is key to understanding what conditions make communities vulnerable to cultural collapse in the face of environmental change.

“Ireland’s uplands today seem barren, but they were occupied and farmed for centuries, despite climate change, famines and plague,” said the study authors.