Joshua trees may not exist by the end of the century • Earth.com 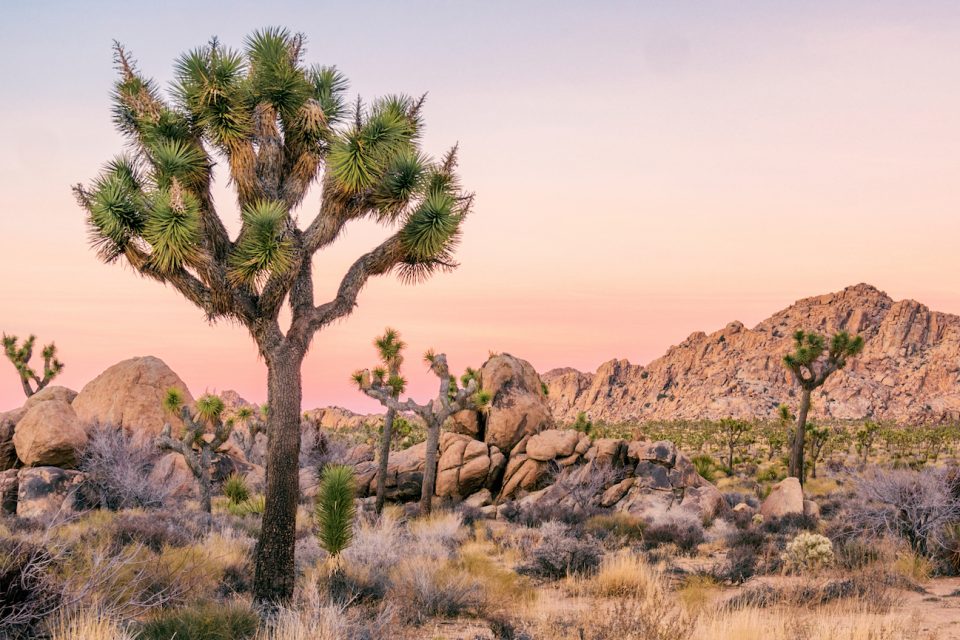 Joshua trees may not exist by the end of the century

A study from the University of California Riverside has confirmed that Joshua trees are unable to adapt to climate change. Unless dramatic reductions in greenhouse gas emissions are achieved, the iconic trees are not likely to survive beyond this century.

The researchers set out to investigate the findings of previous studies which suggested that global warming will have a deadly impact on the trees. The team also wanted to determine whether the trees have already been affected by climate change.

Millions of tourists visit the Joshua Tree National Park in southeastern California every year. As a species, Joshua trees date back to the Pleistocene era around 2.5 million years ago, and individual trees live up to 300 years.

The adult trees can store large amounts of water for surviving droughts, but younger trees and seedlings are not capable of building up reserves. A recent drought in California that lasted 376 weeks made some regions too dry to support new plants, and climate change will increase the frequency and intensity of such dry spells.

The UC Riverside team concluded that, even in the best-case scenario of climate mitigation, just 19 percent of Joshua tree habitat will exist after the year 2070. With no reduction in carbon emissions, the park will retain only 0.02 percent of the suitable habitat for Joshua trees.

The researchers gathered and analyzed data from more than 4,000 specimens. They discovered that Joshua trees have been migrating to higher elevations where there is cooler weather and more moisture in the ground. The adult trees are not reproducing as much in the dry season, and the young plants are not surviving.

The study also revealed that fewer than 10 percent of Joshua trees survive wildfires. Based on this research, the U.S. Park Service will remove invasive plants to reduce the fire risk for Joshua trees.

“Fires are just as much a threat to the trees as climate change, and removing grasses is a way park rangers are helping to protect the area today,” said study lead author Lynn Sweet. “By protecting the trees, they’re protecting a host of other native insects and animals that depend on them as well.”

Sweet hopes that the study will inspire people to take protective environmental action. “The fate of these unusual, amazing trees is in all of our hands. Their numbers will decline, but how much depends on us.”