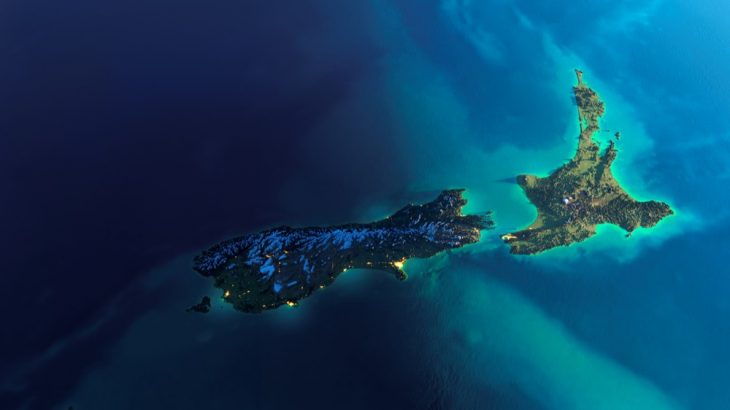 New Zealand’s North and South Islands have shifted closer together after the massive Kaikoura earthquake, researchers have discovered.

The epicenter of the 7.8-magnitude temblor that struck New Zealand on November 13, 2016 was near the town of Waiau on the South Island, and land in that area has barely moved, the scientists said. But several other cities have shifted several inches, they said. The creep has not settled yet, either, they added.

The Kaikoura earthquake brought the city of Cape Campbell – at the northern edge of the South Island – and the country’s capital of Wellington on the North Island more than a foot closer together.

Nelson, another city near the top of the South Island, sank nearly an inch. Other areas were raised by several feet, exposing the ocean floor.

The “creep” is the result of at least 25 different fault lines rupturing during the catastrophic Kaikoura earthquake.

“In reality we are having all this creeping going on and the question is, which [fault] is the dominant factor?” Dr. Sigrún Hreinsdóttir of GNS Science told a New Zealand website, according to the news outlet The Guardian.

Though the massive quake was two years ago, the two islands have continued to edge closer, researchers said. The Kaikoura earthquake also reawakened the Hikurangi subduction zone, which could lead to more powerful quakes in the future.

New Zealand seismologists have called it one of the most “complex” quakes on record.

“It’s fair to say that all earthquakes of magnitude 7.5 and above are invariably very complex …” GNS scientist Dr. Kevin Berryman told The Guardian. “We have to be prepared to live with a level of risk, but we should be asking how much risk is acceptable.”

New Zealand sees thousands of earthquakes each year, though only a few hundred are strong enough to be felt and few are on the magnitude of the Kaikoura earthquake.

On Saturday, a 5.8-magnitude earthquake shook the island nation, striking about 160 miles southwest of Riverton on the South Island. It was followed several hours later by a 5.6-magnitude shaker 50 miles northwest of Raoul Island. Two moderate earthquakes were also felt near Tonga.