Scientists examine Komodo dragon DNA to find out what makes them unique • Earth.com 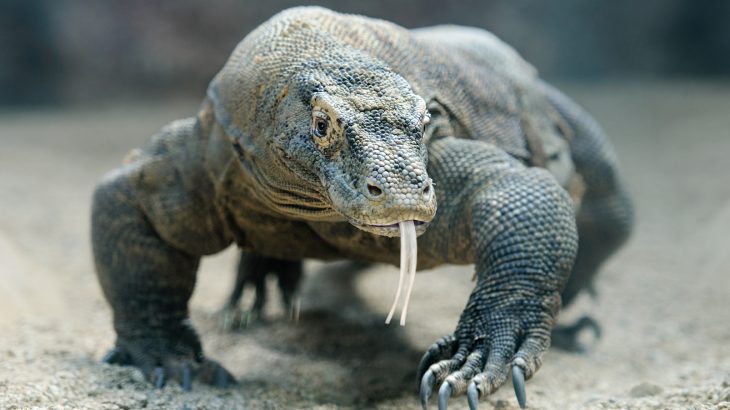 A study led by the Gladstone Institutes has produced the first high-resolution genome sequence of the Komodo dragon. The research is giving experts new insight into some of the lizard’s remarkable characteristics as well as how these traits evolved.

The Komodo dragon is the largest living lizard species in the world, weighing as much as 200 pounds. These predators can detect their prey from miles away and can speed up their metabolism like warm-blooded mammals even though they are cold-blooded. As a result, Komodo dragons are capable of running in brief sprints at speeds of up to 12 miles per hour.

In a close collaboration with scientists at UC San Francisco (UCSF) and Zoo Atlanta, the team studied the DNA of two Komodo dragons named Slasher and Rinca.

Using computational tools, the experts compared the DNA sequences of these two lizards to other reptiles to understand what makes the Komodo dragon genome unique. In particular, the team was searching for changes in the genome that helped the Komodo dragon adapt to its environment.

The study revealed that the evolutionary process of positive selection has modified several genes involved in the function of mitochondria, which control energy production along with heart and muscle functioning.

“Our analysis showed that in Komodo dragons, many of the genes involved in how cells make and use energy had changed rapidly in ways that increase the lizard’s aerobic capacity,” said study first author Abigail Lind. “These changes are likely key to the Komodo’s ability to achieve near-mammalian metabolism.”

Lizards usually slow down to almost a halt after exerting a lot of energy and are not known for their high aerobic capacity.

“However, we know from working with Komodo dragons that they’re capable of sustained aerobic activity, which could be swimming, running, or walking extremely long distances,” explained study co-author Joseph R. Mendelson. “Our study showed us that the secret is in these mitochondrial adaptations to increase their cardiac output. This gives us an understanding of how these animals are able to do what we had been observing.”

The researchers also discovered that Komodo dragons have a surprisingly large number of genes that are involved in a sophisticated sensory system which allows animals to detect hormones and pheromones.

“It will be interesting to determine whether this explains Komodo dragons’ ability to detect prey over such large distances,” said study senior author Benoit Bruneau. “One of the exciting things about this project is that we didn’t know what to expect. This was an opportunity to look at a genome and say, ‘Tell me the story of your organism.'”

“The significance of this study far exceeds Komodo dragons,” said Mendelson. “It gives us a framework to compare other sequenced animals and understand the genetic basis for how all their characteristics have evolved. This project also brings to the forefront the importance of preserving biodiversity, and the important role zoos can play in broad-scale research without being injurious to the animals in our care.”