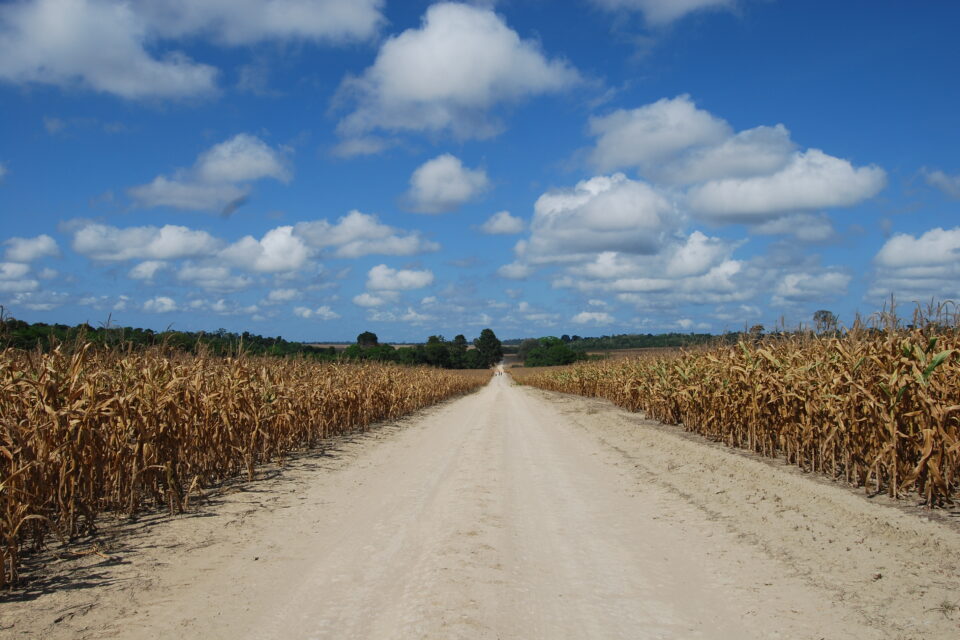 As the world races to slow the pace of climate change, it is clear that trees will play a pivotal role. Trees remove carbon dioxide from the atmosphere every day, and store it in their leaves, branches and trunks. They also release oxygen, contribute to the water cycle through transpiration, attract animals, prevent soil erosion and provide cooling shade. In the Amazon, the world’s most biodiverse tropical rainforest, trees have been under threat for decades, as human activities change the forest landscapes.

In a major new study conducted by researchers from Brazil and the U.K., the ecological impacts of different types of land use in the Amazon have been investigated in two regions of the Brazilian State of Pará – Santarém and Paragominas.  In addition, the rate of transformation between these different forms of land use has been quantified, in order to identify the most serious environmental threats to the forest ecosystems, as the Amazon moves closer to a ‘tipping point’ from which it is potentially unable to recover.

“While the focus to date has been on deforestation, we know tropical forest landscapes are being altered by a much broader range of human activities,” said lead researcher Dr Cássio Alencar Nunes from Universidade Federal de Lavras in Brazil and Lancaster University in the United Kingdom.

The researchers collected data from 310 plots that were in primary forest, degraded primary forest, secondary forest, pasture land or lands on which mechanized farming of crops currently occurs. They assessed the biodiversity in these plots, recording more than 2,000 species of trees, lianas, birds and insects in total. The experts also measured soil carbon, along with analyzing other soil properties at each of the plots. Data on the rate of change of land-use practices in the region came from published information for the years between 2006 and 2019.

The results, published today in the Proceedings of the National Academy of Sciences, show that where primary or secondary forests are converted to pasture or mechanized agriculture, the biodiversity decreases by between 18 and 100 percent. Transitions from forest to mechanized crop farming did the most severe ecological damage, but were not very frequent. However, changes from primary and secondary forests to pasture, through the process of deforestation, were much more common, and accounted for a forest loss of around 24,000 km² a year.

“Deforestation of primary forests to create pasture is the most damaging land-use change in the Brazilian Amazon,” said Dr. Nunes. “Our results show that transitions from primary forests to pasture were always classed as ‘high impact, high rate’ for biodiversity, carbon storage and soil properties. This underlines the critical and urgent importance of combating deforestation, which has been increasing in the past few years.”

Apart from identifying the severe ecological impacts from human activities that are affecting Amazonian forests, the researchers also identified some opportunities for positive action. They found that protecting secondary forests and allowing them to mature improved biodiversity and increased the carbon storage capacity of the vegetation. In particular, they found that the diversity of large trees doubled and small tree diversity increased by 55 percent when young secondary forests became older than 20 years.

Other results revealed less obvious forms of degradation that are affecting the Amazon’s ecology. The researchers found that changing between types of farming, from cattle pasture to more intensive mechanized agriculture, also diminishes biodiversity, with the diversity of ants and birds decreasing by 30 percent and 59 percent respectively. The effects of deforestation are devastating, but the use of mechanized farming practices clearly also has catastrophic effects on the ecology of the Amazonian forests.

“These are important findings as they show that there are a multitude of actions that can be taken to protect and improve the ecology of the Amazon,” said Dr. Nunes. “When farmers switch land from pasture to growing crops using mechanized agricultural methods, that is also impacting on biodiversity, but it is a process that is largely hidden when compared to deforestation.”

“By reducing the amount of land that is converted to mechanical farming, and by allowing secondary forests to regrow, we can deliver significant ecological restoration gains in the Amazon,” he added.

The researchers feel that the study’s findings have allowed a richer understanding of how human activities impact the Amazon and its ecosystems. They also provide a critical base of evidence that can be used to inform urgently needed conservation and regeneration strategies. In addition, the analysis has identified some encouraging opportunities to foster ecologically sustainable practices in the Amazon in the future.

Study co-author Jos Barlow, a professor of Conservation Science at the Lancaster Environment Centre, highlighted noted that the research has further implications for conservation and policy.

“Our results emphasize yet again the importance of tackling deforestation, as well as the additional benefits of avoiding degradation and enhancing the permanence of secondary forests. However, achieving this will require transforming the way the Amazon is currently being managed, including a much better integration of science, policy and local practices,” said Professor Barlow.

“We also highlight the need to focus on biodiversity as well as carbon in tropical forests – of the three ecosystem components that we analyzed, biodiversity was the most affected by all the land-use changes. We hope that biodiversity can be included in climate change mitigation actions, and that this will be emphasized in the upcoming COP15 on Biodiversity.”