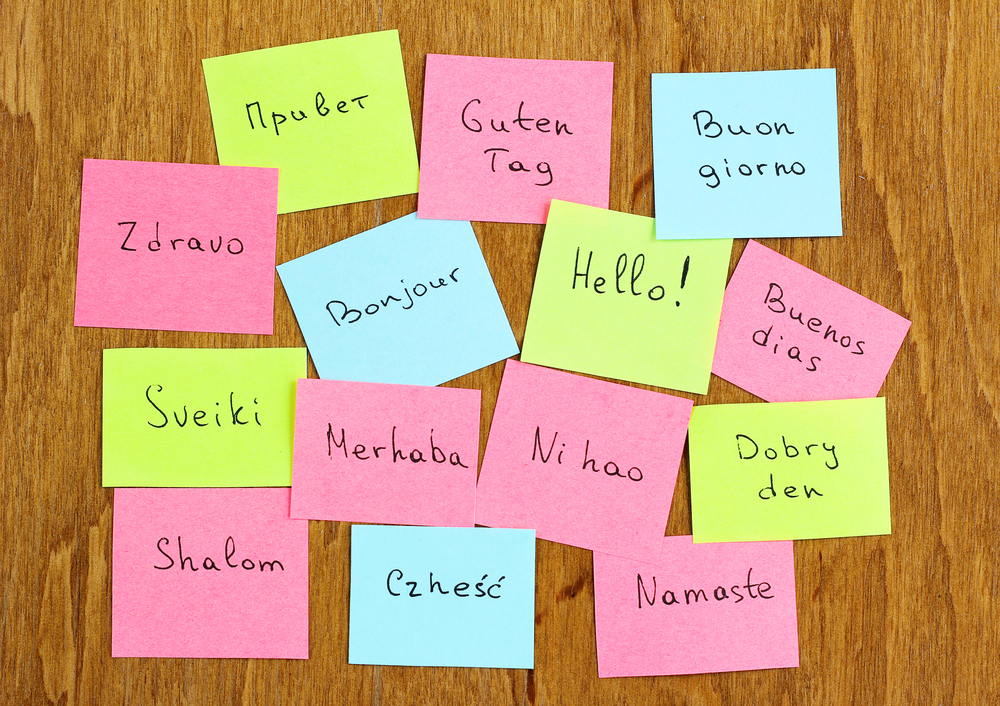 Language barriers are causing critical scientific findings to go unnoticed, and that’s not a good thing, according to a new study.

Researchers from the University of Cambridge have determined that more than a third of scientific studies and papers are published in a language other than English.

English is a sort of “lingua franca” among the scientific community, and many of the major scientific journals publish in English. But because theirs is the dominant language, native English speakers often overlook the fact that some scientific findings are published in other languages, said Dr. Tatsuya Amano, the study’s lead author and a zoologist at Cambridge.

That means the international community may be missing out on key scientific findings.

“Language barriers continue to impede the global compilation and application of scientific knowledge,” Amano said in a press release.

The researchers studied how language barriers affect conservation science in two ways: they reviewed the languages used in available papers and studies, and they surveyed conservationists in charge of managing protected habitats in Spain.

The survey of papers and studies focused on Google Scholar, a web platform that indexes academic papers across all fields of study. A search was conducted in English for all biodiversity conservation publications from 2014 in a total of 16 languages.

More than 75,000 documents were produced, and a full 35.6 percent were not in English. The majority of non-English papers and studies were published in Spanish, Chinese, French, and Portuguese. The researchers also found publications in German, Japanese, Italian, Korean, and Swedish.

Random sampling showed that approximately 13,000 papers on conservation science published in 2014 were unsearchable using English keywords. Only about half of the total non-English papers offered English translations of their titles or abstracts.

This can lead to scientists missing vital data when conducting systematic reviews of existing research, in which they gather and examine most or all of the existing studies on a narrow topic to spot patterns or holes in research methods. It can also lead to over-representation of results from studies published in English, which may not match up with studies conducted in non-English-speaking countries.

Amano and his colleagues also surveyed conservationists in Spain, and found that more than half of those surveyed found language to be an obstacle when it came to keeping on top of the latest information about habitat management.

In other words, not only are English-speaking scientists missing out on vital research in other languages, those who don’t speak English struggle to keep up with the English-speaking majority of the scientific community.

The study authors are urging scientists and journal publishers to be sure to include speakers of the most common languages other than English – Spanish, Portuguese, Chinese, and French at least, they said – when developing databases of scientific knowledge of conducting reviews of literature.

“Journals, funders, authors and institutions should be encouraged to supply translations of a summary of a scientific publication – regardless of the language it is originally published in,” Amano said.

To that end, Amano and his colleagues at Cambridge have developed the website Conservation Evidence. The site serves as a repository of advances in conservation science. An international panel has been formed to begin extracting the best and most important non-English papers to be translated, at least partially, into English.