Language may not be needed for the brain to categorize objects and colors • Earth.com 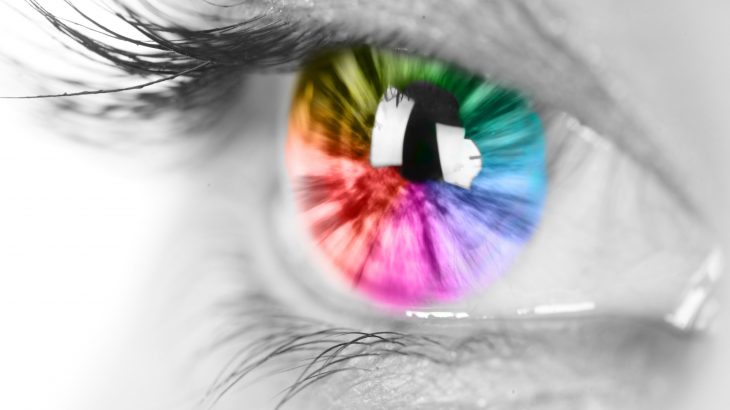 The interaction between language and thought is a concept that has long challenged neuroscientists and philosophers, who have been working to determine whether language shapes the way we categorize what we perceive or if language corresponds with categories that are formed through perception.

In a recent case study, a stroke patient was left unable to name the colors of various objects. This provided experts with an opportunity to explore the patient’s perception of color in the absence of language.

Study senior author Paolo Bartolomeo is a neurologist at the Brain and Spine Institute in Salpêtrière Hospital in Paris.

“We perceive colors as continuous. There is no sharp boundary between, say, red and blue. And yet conceptually we group colors into categories associated with color names,” explained Dr. Bartolomeo. “In our study, we had the unique opportunity to address the role of language in color categorization by testing a patient who couldn’t effectively name colors after a stroke.”

Many scientists believe that, in order to categorize colors, an individual needs top-down input from the language system to the visual cortex. Color names are believed to be stored in the brain’s left hemisphere, and are thought to be dependent on language-related activity in the left side of the brain.

By contrast, the latest findings suggest that color categorization is distributed bilaterally in the human brain – a concept that is further supported by recent neuroimaging studies.

As the patient viewed discs containing two colors from the same category, such as two shades of blue, he was asked to identify same-category colors. The patient was also asked to name 34 color patches presented on a computer screen.

The stroke had created a lesion in the left region of the man’s brain that had apparently severed his memory of color names from his visual perception of colors and his language system. However, the patient was still able to group most colors, including those that he did not have a name for, into dark, light, and mixture categories.

According to Siuda-Krzywicka, such striking dissociations raise important questions about how different color-related signals are segregated and integrated in the brain. She pointed out that future studies could explore the implementation of color categorization in non-human primates, as well as how language acquisition interacts with color categorization at stages of childhood development.