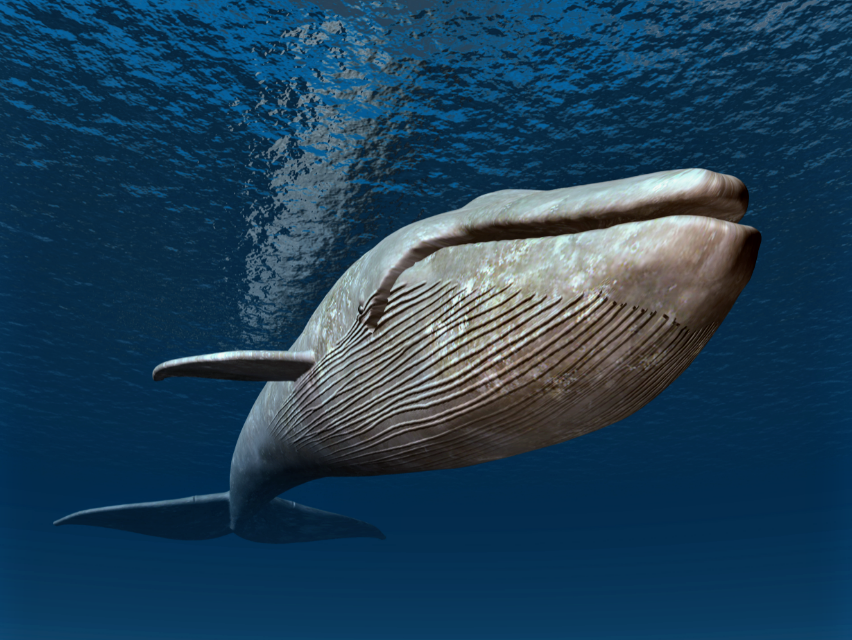 Blue whales are commonly known to be the world’s largest mammal, belonging to the family of baleen whales. These whales eat an enormous amount of food and contribute to ocean health by doing so, and a new study suggests that the massive creatures are eating even more than what has been documented.

A team of researchers at the Smithsonian National Museum of Natural History has concluded that baleen whales eat around three times the amount of food that was previously estimated. This means that the number of nutrients they excrete, and thus contribute to ocean ecosystems, is far greater than initially expected.

The findings are providing key insights into the importance of conserving whale populations to maintain ocean health.

“Our results say that if we restore whale populations to pre-whaling levels seen at the beginning of the 20th century, we’ll restore a huge amount of lost function to ocean ecosystems,” explained study lead author Nicholas Pyenson.

Pyenson’s research team tracked 321 whales from seven different species across the Atlantic, Pacific, and Southern oceans, collecting data based on their food intake between 2010 and 2019.

Previous estimates suggested that whale populations within the California Current Ecosystem required around two million metric tons of food annually, but the new data suggests that this is actually the amount that is required for each individual species population of whales.

In addition to studying prey consumption, the researchers also calculated the amount of nutritious iron that would recirculate in the ecosystem through whale feces because of the new estimates. Using prior research, they discovered that large whales in the Southern Ocean recycle around 1,200 metric tons of iron annually, providing around 10 million times more iron found in Antarctic Seawater.

The findings led researchers to model what the marine ecosystem would look like a century ago, prior to mass whale slaughtering. The model predicted that Southern Ocean whales consumed around 430 million metric tons of krill annually in the early 20th century, a number that represents double the amount of krill found in the Southern Ocean today. Consequently, 20th-century whales would have produced 12,000 metric tons of iron annually, which is ten times the current amount.

Overall, the study concluded that restoring whale populations could have a highly beneficial impact on lost marine productivity, boosting the amount of carbon dioxide that is taken up by phytoplankton and thus helping to mitigate global warming.

“Our results suggest the contribution of whales to global productivity and carbon removal was probably on par with the forest ecosystems of entire continents, in terms of scale,” explained Pyenson. “That system is still there, and helping whales recover could restore lost ecosystem functioning and provide a natural climate solution.”