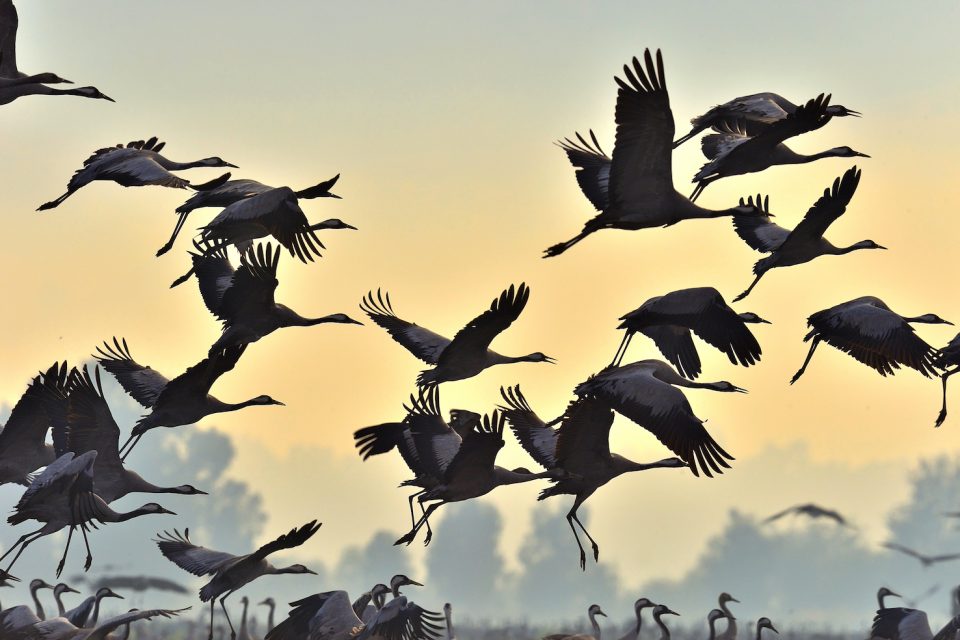 Lawmakers consider legislation to reaffirm long standing bird protections. As I’ve previously reported, there have been a number of changes in environmental policy under the Trump administration, including the re-interpretation of the Migratory Bird Treaty Act (MBTA). The act was originally signed as a treaty with Britain (acting on behalf of Canada) in 1916 and then signed into law in the US in 1918. The law was designed to protect migratory bird species in North America, or at least in the United States and Canada.

The law protected birds, their eggs and nests from harm, whether intentional or unintentional, levying fines against those who violate it. Since the treaty with Canada and resulting resulting law were signed, the treaty has been signed between the US and Mexico, Japan and the former Soviet Union. Because many birds migrate over incredibly long distances as regular parts of their natural history, the international nature of MBTA is important. Lawmakers consider legislation to reaffirm long standing bird protections

A good example of how the MBTA works is the infamous case of the Deepwater Horizon oil spill in the Gulf of Mexico. Deepwater Horizon was the largest marine oil spill to date. The disaster started with an oil rig explosion, and resulted in 11 workers killed and 17 injured. It’s hard to say exactly how much oil spilled during Deepwater Horizon, but US government officials estimated it to peak at greater than 60,000 barrels of oil per day. The leak that started in April was slowed by July, but government commissioned scientists estimated that 4,900,000 barrels of oil had already leaked by that point and only 800,000 barrels had been recaptured.

Tar washed up on beaches throughout the gulf. Fishermen lost valuable money, fish lost their lives. Audubon reports that more than 1 million birds were killed as a result of the Deepwater Horizon spill. Though it’s cold consolation for birds and those who care about them, BP was forced to pay for those bird deaths.

The US Fish & Wildlife Service reported in 2015 that BP pled guilty to 14 criminal counts connected with the historic oil spill. One of those criminal counts was a misdemeanor violation of the Migratory Birds Treaty Act. As part of the settlement, BP paid $100 million to the North American Wetlands Conservation Fund.

Not only was the money intended to benefit some of the birds harmed by the oil spill, it also acted as a deterrent. BP clearly didn’t intend to spill so much oil and it was unprofitable for them to do so, but laws such as MBTA are intended to make negligent of uncaring behavior from companies or individuals even less attractive when birds are harmed. These sorts of laws regulate everything from oil to wind farms when birds are killed or negatively impacted. Recently, the law has been reinterpreted under the Trump administration.

According to Reveal News, internal emails show that many federal US Fish & Wildlife law enforcement officers have stopped enforcing the law because of the new interpretation, leading to un-prosecuted bird deaths. This was before the Department of the Interior even officially made a new rule based on the Trump interpretation of the law.

Because of the importance of the Migratory Bird Treaty Act and the odd interpretation of it by the Trump administration, the US House of Representatives has taken a step towards taking matters into their own hands.

Audubon reports that last month, the US Natural Resources Subcommittee on Water, Oceans, and Wildlife began the discussion of drafting a bill that would reaffirm the long standing protections for birds from incidental take. During the hearing, Audubon’s Vice President for Bird Conservation, Stanley Senner, testified on the importance of MBTA. Senner has worked on restoration work from both Alaska’s Exxon Valdez oil spill and the Deepwater Horizon blowout.

Senner gave the subcommittee a summary of the history of bird conservation in America, starting early on in the presidency of Theodore Roosevelt and how Audubon was connected with that history. He noted that state and even national laws aren’t always enough to protect bird species that travel thousands of miles in a year. Senner pointed out that the MBTA is credited with saving species from extinction, including the Wood Duck, Snowy Egret and Sandhill Cranes.

Through the history of MBTA, the law helped force regulation on open oil pits in California that were killing 150,000 birds each year. Waste water pits in Wyoming were also regulated by the potential to levy fines under MBTA. Senner noted that power lines, although still a major cause of death, are built to minimize bird death because of the incentive provided by the MBTA. Senner’s testimony and that of others may help reinstate protections for birds.

The draft bill would reaffirm bird protections from industry, including unintended, ‘incidental take’, Audubon reports. The law would also require an adoption of best practices intended to allow industry to comply with the law.

This step in the House is important but it raises the question of what will happen if the bill passes both the House and the Senate, which seems unlikely, and reaches the president to be signed into law? Unfortunately, for the time being, such actions by well intentioned lawmakers may be nothing more than tilting at windmills and oil derricks. Instead, it’s up to us, the people to make changes in the world we live in.