Agriculture can both help and hurt annual bird migrations • Earth.com 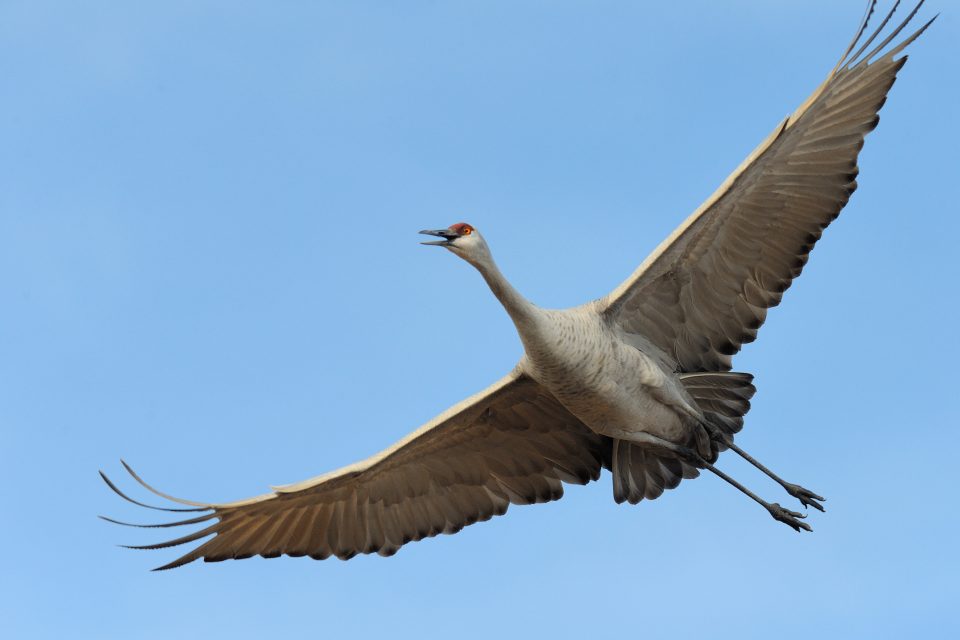 Agriculture can both help and hurt annual bird migrations

Migratory birds often travel incredibly long distances.  At one extreme is the Arctic Tern, which according to Audubon.org is the bird with the longest migration, traveling an impressive 49,700 miles.  I’ve seen these terns flying along the coast of the Sea of Cortez in Mexico, diving headfirst into the water like winged torpedoes.  It’s amazing to think of the same terns I saw in Mexico winging around the Arctic and the Antarctic as well. Earthsky.org notes that over a tern’s 25 year life span, the distance the bird will travel is about 3 times the distance from the Earth to the moon.

Other birds have migration distances nearly as impressive as the Arctic Tern.  The Wandering Albatross sometimes covers 18,000 miles in a year. Sandhill Cranes sometimes travel as far as Siberia from Cuba, New Mexico or Florida for migrations.  The Alaska Fish and Game website tells the story of a typical rufous hummingbird that was banded in Florida and then recaptured 3,530 miles away in Alaska.  It total, the hummingbird might fly as far as 8,840 total miles every year.

All these distances covered by birds powered only by muscle, feather and wind requires an enormous amount of calories.  Once all the calories needed for these impressive migratory flights were supplied by wild food sources: fish or flowers or seeds.  Humans have continued to encroach on habitats, increasingly making wild places into human dominated landscapes to best serve their own interests.

It’s not often that someone thinks of Nebraska when talking of beautiful landscapes or wildlife spectacle, but if you are ever lucky enough to visit Kearney Nebraska when Sandhill Cranes visit, you won’t be disappointed.  A couple years ago my fiancé, Erin, and I were living in South Dakota, as close to the migration pathway of sandhill cranes as we might ever be and so we decided to visit.

One of the first things you notice driving just outside of the city of Kearney in the Platte River Valley is how Cranes really like visiting corn fields.  By the time the cranes visit in the spring, corn has been harvested the previous year and the fields are mostly barren looking but are secretly littered with leftover corn.  The cranes flock to these agricultural leavings, according to Nebraska Game & Parks, 90% of migrating crane’s diet is corn.  Only 10% of what cranes visiting Nebraska’s Platte River valley is insects and other invertebrates.  Cranes will also eat frogs, mice and other small vertebrates if they can. Corn is absolutely important for the cranes though, calories are needed for birds that are flying across the whole of the North American continent, on their way to their summering grounds in Siberia from Mexico or the southern US.  It’s estimated that cranes consume 1,600 tons of leftover corn while visiting Nebraska.

According to Smithsonian Magazine, cranes arriving from the south must add 20% of their body weight before continuing north from Nebraska.  It’s not just Sandhill Cranes that fatten up on corn during migrations either. In the mix are the easy to miss Whooping Cranes as well.  30% of Northern Pintail (ducks) also visit, along with 90% of white-fronted geese and numerous other species.

Before agriculture existed in Nebraska, great migrations still occurred, the Platte River Valley was still abundant with life.  Before it was corn it was plant and animal life fostered in a rich river valley ecosystem that drew the birds. It is still vastly important that instead of some forms of development, corn started being planted in Nebraska.  Human development often spells doom for other animals, migrating birds included. Agriculture isn’t always friendly towards wildlife either. According to Birdlife International that habitat conversion or loss is a threat to almost 80% of all threatened or near-threatened bird species worldwide.  This includes habitats now used for agriculture, especially in areas dependent on agriculture like Africa or America’s midwest.

For now, agriculture in places like Kearney Nebraska is helping or at least allowing cranes to continue their ancient migrations.  Much of how beneficial farmland is to wildlife is dependent on the Farm Bill.  The Farm Bill is a set of federal laws passed about every five years.  The bill covers a range of topics on farming, which is important for the environment as the specific type of farming practiced can either be in relative harmony with the surrounding environment or detrimental to it.  The first Farm Bill was part of FDR’s New Deal Legislation, confronting some of the problems of the dust bowl and its connection with the Great Depression. Although new farm bills have come and gone, the main purposes of each remain roughly the same as FDR’s original bill, to protect natural resources, keep food prices fair and prevent a catastrophe such as the dust bowl.

One thing that the current Farm Bill, first passed in 2014 and reauthorized this year, does is give money to farmers to leave easements of land alone, unfarmed for wildlife, including birds.  Leaving land unused can also benefit farmers in the long run; by rotating fallow fields, it prolongs the usefulness of land for agriculture. The bill also encourages and assists farmers and ranchers in activities that promote clean water and air, which is obviously beneficial to wildlife.  For agriculture and animals like the Sandhill Crane to coexist relatively peacefully, there needs to be careful and diligent work.

KQED tells the story of Greater Sandhill Cranes being listed as threatened in California in 1983.  At one time farmers in California would burn their fields in the fall, to remove unwanted agricultural waste and kill pests.  Obviously the practice of burning left no food for hungry migratory birds and it increased air pollution. Burning was banned in California in 1991 and farmers decided to flood fields instead, to promote decomposition of left over agriculture waste and kill insect pests.  Flooding turned out to benefit cranes by providing wetland habitat for the birds. The Nature Conservancy now owns an island where they show the agricultural benefits of flooding fields and how it also helps birds.

Other birds can be hurt or helped by agriculture as well.  Hummingbirds can be hurt more easily than larger birds by pesticides.  Hummingbirds are also important in that they play a unique role in agriculture, they can be beneficial pollinators as well.  Not only birds but bats can help pollinate crops, if the farming techniques are in their favor.  Many other birds can help agriculture by controlling natural pests. Once the system of natural predation breaks down, humans must do the work themselves, much to their detriment.  Almost as important as agricultural products is the deep psychological benefits we all get from sharing the globe with other creatures.

Sandhill Cranes are possibly one of the oldest birds alive.  The oldest known Sandhill Crane fossil is the 2.5 million year old remains found in Florida.  Cranes have been living and migrating through North America and other parts of the world for a long time.  The Sandhill Cranes that visit Nebraska every spring, are the largest global population of cranes left. Standing near the Platte River or even on a bridge spanning it and listening for cranes in the morning or evening hours, it’s hard not to feel witness to something ancient.  The birds have an eerie trilling call that’s hard to describe which floats through the cool air. Hundreds, thousands of cranes pass over head or land in groups on sandbars in the water. For a few fleeting months, part of Nebraska is taken over by something not human, something ancient.  An animal that travels under its own muscle power to places as far away as Siberia, with a life we’ll never fully understand passes through. We can but watch and wonder at a creature so comforting and so different; I am grateful birds still share our planet. Whether the beauty of such migrations continues depends on us and how we get our food.