Lemurs can smell weakness in their opponents • Earth.com 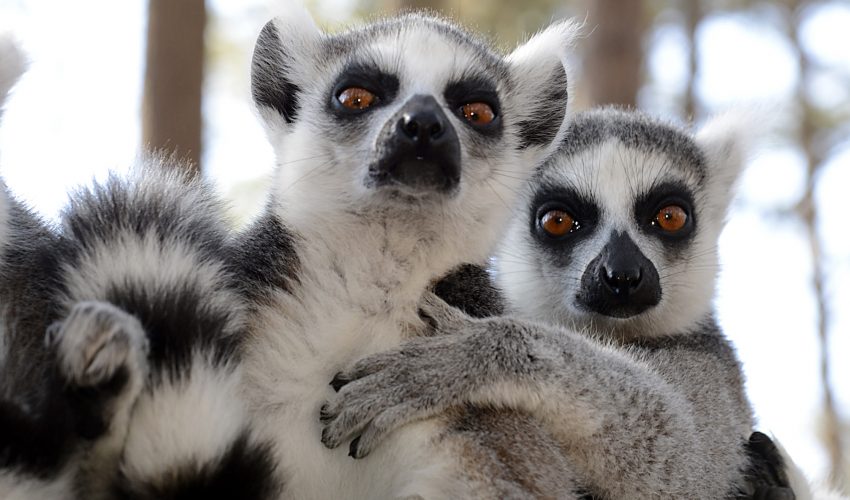 Lemurs can smell weakness in their opponents

Lemurs can smell weakness in their opponents. Researchers at Duke University have found that lemurs can pick up on weakness in others through their natural scent. The lemurs investigate the smell that is left behind by fellow lemurs, and act aggressively when the smell is not right.

Study co-author Christine Drea is a professor of Evolutionary Anthropology.

“Our study shows that physical injury from peers dampens an animal’s scent signature, and in a way that its counterparts can detect,” said Professor Drea.

Both male and female ring-tailed lemurs have scent glands on their genitals that secrete an ill-smelling substance which contains a signature of up to 300 chemicals. They intentionally leave this substance on twigs and branches across their territory, which indicates to others when they are ready to mate.

Study co-author Rachael Harris described the odor as being “quite pungent and musky.”

“It’s not something you’d want to get a big whiff of!” said Harris.

Lemurs use fighting as a way to determine who is in charge and who gets to mate. Lunging at each other, biting, swatting, and even ripping out each other’s fur is normal behavior for lemurs, often leaving them wounded.

The team collected scent samples from 23 ring-tailed lemurs at the Duke Lemur Center while the animals were receiving veterinary treatment for wounds or other injuries.

Using gas chromatography-mass spectrometry testing, the researchers found that injury altered the chemicals that make up the lemurs’ signature scent. While the animals were wounded, the number of compounds in the scent decreased by 10 percent.

In particular, the natural musk was not detectable when they lemurs had been wounded during mating season.

“The breeding season is a period of heightened stress,” said Professor Drea. She said that males who are injured during this time are unable to sustain their olfactory signals. Their natural fragrance is not produced to its full potential because scent signals are energetically costly.

Behavioral tests revealed that male lemurs paid much more attention to wooden rods that had been rubbed with the scents collected from injured lemurs, sniffing and marking them more frequently and for longer periods of time. The males marked over the odors from injured animals using extra scent glands on the insides of their wrists to show their dominance.

According to the researchers, the lemurs may be using scent to detect changes in the fighting ability of their competitors, acting more aggressively when they smell weakness.

“They respond more competitively when they could easily have the upper hand,” said Professor Drea.

“These animals constantly monitor the physical condition of their competitors and respond quickly to any opportunity to climb the social ladder,” added Harris.