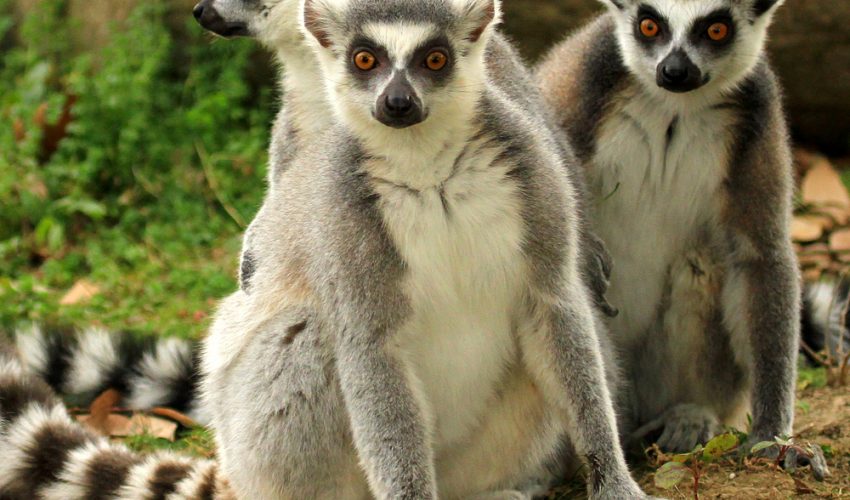 Researchers have recently discovered that lemurs who spread information and teach new behaviors are also more socially connected. According to the study, learning and becoming knowledgeable also influences the position that the lemurs occupy in their social network.

“We found that lemurs who were frequently observed by others while solving the task to retrieve the food received more affiliative behaviors than they did before they learned,” said study co-author Ipek Kulahci. “As a result, they became more socially central than they were before the experiment.”

The findings of this study demonstrate, for the first time, that a relationship exists between learning and social network position that is based on feedback.

A team of researchers from Princeton University set up a food reward task in which lemurs learned to retrieve a grape by pulling open a drawer. The experts observed two groups of around 20 individuals as they interacted with each other and the plexiglass box.

The study revealed that lemurs who were more centrally positioned were more likely to solve the task. In addition, lemurs who solved the task while others were observing became more popular.

“I was quite impressed that the frequently observed lemurs received more affiliative behaviors, such as grooming, without adjusting their own social behavior,” said Kulahci.

She explained that, in most primate species, there is reciprocation between the groomer and the individual who is getting groomed. Dominant individuals, on the other hand, often receive grooming attention without returning the favor.

“So it’s a pretty striking pattern that the frequently observed lemurs received lots of grooming without providing more grooming to others,” said Kulahci.

Previous studies have found that social connections influence the way that information is spread throughout a group. This research shows that the flipside may be true: learning and sharing knowledge appears to alter the structure of the social network itself.

“Animals learn not only about their physical environment, such as how to obtain food in a situation that they had never encountered before, but they also learn about each other and use this information to make flexible social decisions when forming social relationships,” said Kulahci.

“They are learning about who is successful and who is not and adjusting their social responses based on this information. Being socially connected to successful individuals increases opportunities to learn from and copy them and improves future success. The diversity and the strength of their social relationships, in turn, influence if and when they learn from their group members.”

“So, animals’ cognitive abilities and social behavior are intertwined with each other and, together, influence animals’ decisions in many behavioral contexts such as where and how to forage, with whom to associate, and how to avoid predators or find safety.”